A couple of Incunables

Sermones de sanctis, [*6] A-Z8 AA10 [200] leaves;
Sermones quadragesimales.  [*8] aa-ll8 ([96] ;
Sermones de passione et de planctu Beate Virginis a-c6 ([18] leaves (This copy has the same contents as the copy at the BIBLIOTECA NACIONAL MEXICO)
This copy is bound in nineteenth century quarter calf over red paste paper boards: It it rubicated in red and blue through out, with the beginnings of books have initials which have been painted with gold and ornate flowers.
Jacopo de Voragine is best known as the author of a collection of legendary lives of the saints, which was entitled  Legenda Sanctorum  by the author, but soon became universally known as  Legenda Aurea  (Golden Legend), because the people of those times considered it worth its weight in gold. If we are to judge the Golden Legend from a historical standpoint, we must condemn it as entirely uncritical and hence of no value, except in so far as it teaches us that the people of those times were an extremely naive and a thoroughly religious people, permeated with an unshakable belief in God s omnipotence and His fatherly care for those who lead a saintly life. If, on the other hand, we view the Golden Legend as an artistically composed book of devotion, we must admit that it is a complete success. It is admirably adapted to enhance our love and respect towards God, to foster our devotion towards His saints, and to animate us with a holy zeal to follow their example. The chief object of Jacopo de Voragine and of other medieval hagiologists was not to compose reliable biographies or to write scientific treatises for the learned, but to write books of devotion that were adapted to the simple manners of the common people.  (CE)   Goff J200 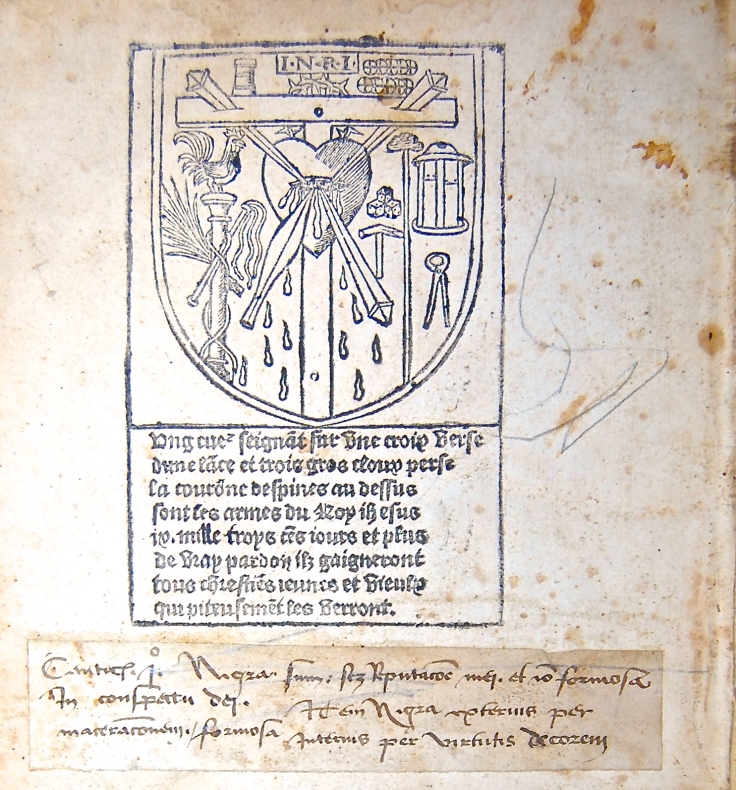 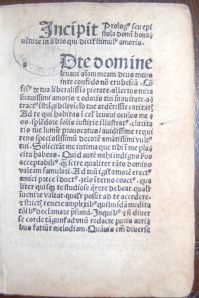 Edited by Johannes Quentin, this work of medieval Christian mysticism is an exquisite and rare book. The work, formerly attributed to Saint Bonaventure and Henri of Beaume (d. 1439), is now considered to be the work of Mediolanensis, a “Franciscan theologian and mystic. Lector of theology of Milan and alleged composer of a Summa Contra Hereticos, against the Kathars of Lombardy, 52 Conciones Quadragesimale and the renowned educative Stimulus Amoris [the shorter version, of which there are more than 90 manuscripts] centered on the love of/for Christ and the imitation of and the passive contemplation and union with God. There is some discussion as to whether Jacobus Capelli (known for the Summa) and Jacob of Milan (the author of the Stimulus Amoris) are one and the same person.”

“The Stimulus Amoris is a composite devotional work consisting of an independent series of meditations on the Holy Passion, of still unidentified authorship, followed by a treatise on the spiritual life and contemplation by Jacobus Mediolensis, and ending with some anonymous meditations on the ‘Pater Noster,’ ‘Ave Maria,’ ‘Salve Regina,’ etc.

“The Stimulus appears in several versions, but the one that became very popular in the fourteenth and fifteenth centuries is this longer work, known in England as the Prikke of Love. [By the fourteenth century] one or more scribes had added the chapters on the Passion to the treatise of Jacobus and had vastly amplified that author’s work. Jacobus’ short treatise consisted of twenty-three chapters, in no perceptible order, some of which embodied fragments from St. Bonaventure, St. Bernard, and Saint Anselm.

“A few chapters dealt with contemplation, but the great number were rather elaborately worded instructions on the ordinary ascetic life mingled with devotional outpourings, full of the popularized pseudo-Dionysian mystical expressions. Only two of the chapters and a prayer halfway through the work deal with the Passion, and these were later extracted and formed the basis of the first part of the Stimulus. By the end of the fourteenth century the manuscripts show no less than fifteen chapters on the Passion, and an additional one crept in by the time of the first printing by the Brothers of the Common Life in 1476-1478.”
(All citations Clare Kirchberger, The Goad of Love)
Goff B-965; BMC VIII 126