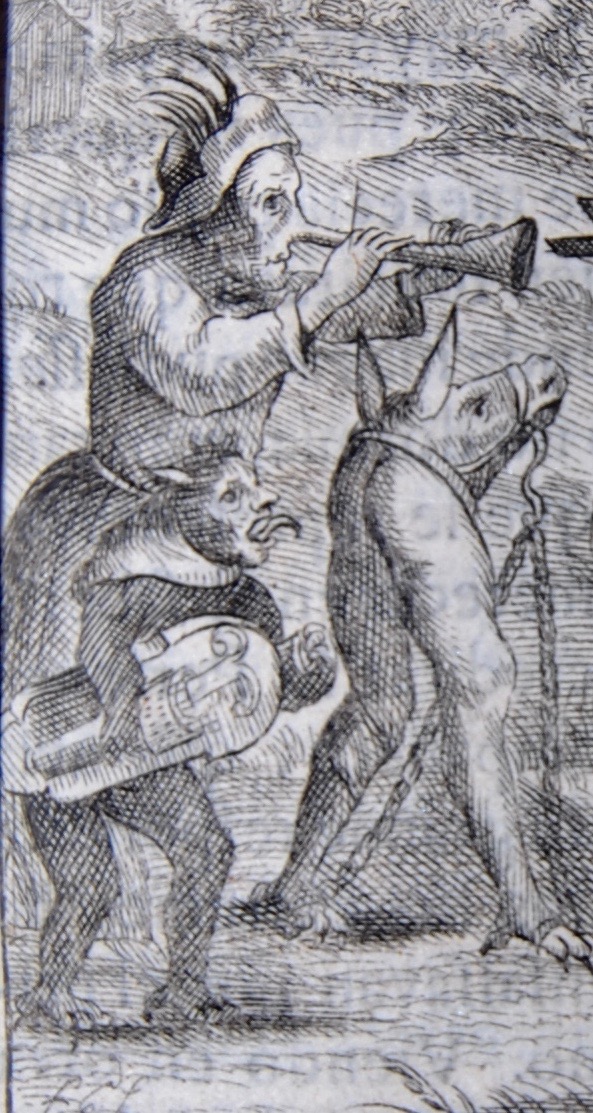 The emblem of the Carmelites 2R4v.

Octavo.  7 X 4 1/2 inches A-Z⁴, 2A-2R⁴.  First and only edition. Lacking title page supplied in an old photocopy. This copy is bound in full original molted calf , the front board is cleanly detached.

This Illustrated Life of John of the Cross is quite rare, I have located only One copy in  firstsearch.oclc.org. at Spain  BIBLIOTECA NACIONAL DE ESPANA [the copy at BNE has an index which was never bound in our copy]

The Flemish engraver incorporates in his True effigy fundamental elements of Sanjuanista iconography – Holy Spirit, skull, crucified that repeats in his engraving from Saint John writer receiving divine inspiration , where the Carmelite saint appears in front of a desk with the cross and skull and in the upper part the Holy Spirit,

Gaspar Bouttats the Elder or Gaspard Bouttats the Elder  (Antwerp, c. 1640 – Antwerp, 1695–96) was a Flemish printmaker and engraver of the Baroque period. He was the son of the engraver Frederick Bouttats the Elder and Marie de Weert. His uncle Philibert Bouttats as well as his younger brother Frederik Bouttats the Younger built reputations as engravers. He was trained by his father. He was registered in 1668-69 with the Antwerp Guild of Saint Luke as a “wijnmeester’’ (wine master) which was a title reserved for the children of the members of the Guild and thus indicates that his father was also a member of the Guild at that time. He was dean of the Guild in 1690-1691. He engraved chiefly for the booksellers, and also made some plates after different masters. They are principally etched, and some finished with the burin.   He often worked after designs by the marine and topographical artist Jan Peeters I. This graphic series on Saint John of the Cross, is a chronological references the birth, childhood, youth and maturity of the Carmelite until his death, going through a detailed list of hagiographic facts, in which the The presence of Saint Teresa of Jesus and the founding of the Order of the Carmelites become very visible, the cycle is  a series of 78 illustrations , with moral additions, under the care of a religious of the Carmelite Order: Gaspar de la Anunciación. 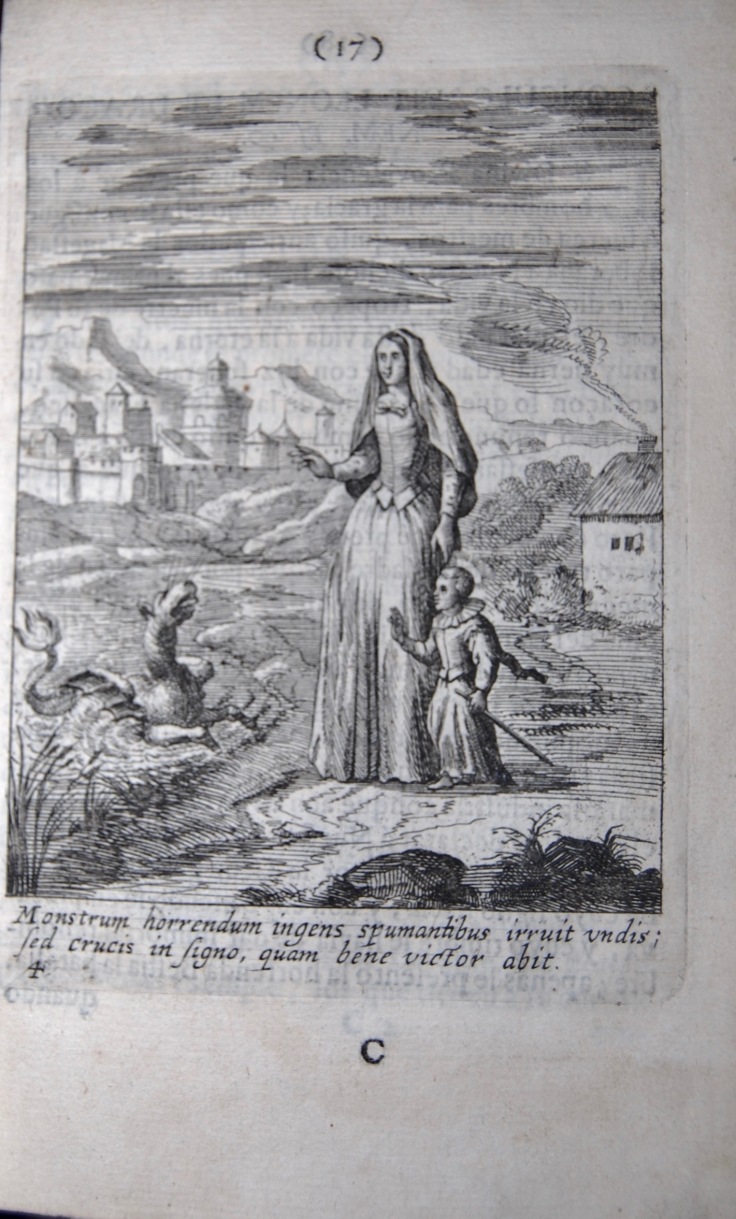 As can be seen, it is not just a mere imitation of the image, but also of the two inscriptions. The one written in latin, «Monstrum horrendum ingens spumantibus irruit undis; | Sed Crucis in sign, quam bene victor abit, is at the foot of the engraving, while the prose composed (“Conculcabis Leonem et Draconem, Psalm 90”)

is the introductory epigraph for the moral gloss made by Gaspar of the Annunciation. 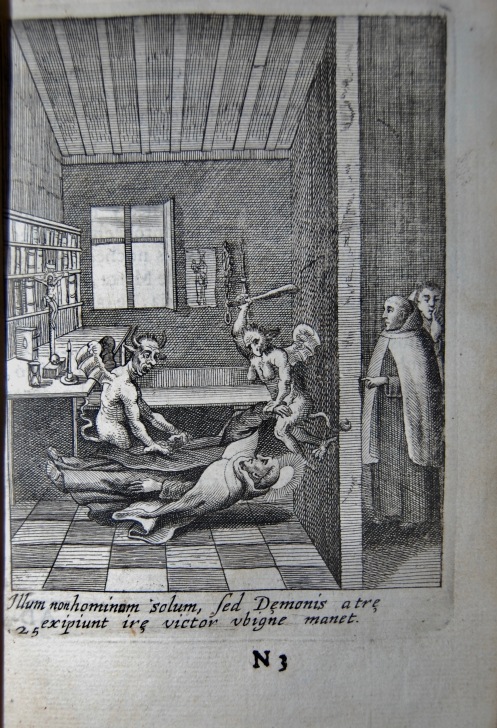 John became a priest in 1567 and considered joining the Carthusian Order where monks lived cloistered in individual cells. He was attracted by the simple and quiet life. However, he encountered Theresa of Avila, a charismatic Carmelite nun. Theresa asked John to follow her.

John was attracted by the strict routine followed by Theresa, a routine she hoped to reintroduce to her order, as well as her devotion to prayer and simplicity. Her followers went barefoot, and were therefore known as the discalced Carmelites.

On Nov. 28, 1568, Theresa founded a new monastery. The same day, John changed his name again to John of the Cross. Within a couple years, John and his fellow friars, relocated to a larger site for their monastery. He remained at this location until 1572.

In 1572, John traveled to Avila at the invitation of Theresa to become her confessor and spiritual guide. He remained in Avila until 1577. While there, he had a vision of Christ and made a drawing that remains to this day called, “Christ from Above.” The little drawing shows Christ on the cross, looking down on him from above. The image has been preserved for centuries.

Around 1575, a rift within the Carmelite order began to grow and create controversy between various monastic houses. There was disagreement between the Discalced Carmelites and the ordinary Carmelites, over reform.

The Discalced Carmelites sought to restore the original, strict routine and regimen that the order had when it was founded. In 1432, the strict rules of the order were “mitigated” relieving the Carmelites of some of their most strict rules. Some Carmelites, such as Theresa of Avila, felt this liberalization of their rule had interfered with their order and practice. Theresa, along with John, sought to restore the original rule.

The Carmelites had been undergoing reform since 1566, under the direction of two Canonical Visitors from the Dominican Order, sent by the Vatican. The intervention of the Holy See as well as the political machinations of King Phillip II and his court, led to dramatic, even violent disagreement between the Carmelites.

In late 1577, John was ordered to leave the monastery in Avila and to return to his original house. However, John’s work to reform the order had already been approved by the Papal Nuncio, who was a higher authority. Based on that, John chose to ignore the lower order and stay.

On December 2, 1577, a group of Carmelites broke into John’s residence and kidnapped him. He was taken by force to the order’s main house in Toledo. He was brought before a court and placed on trial for disobedience. He was punished by imprisonment. 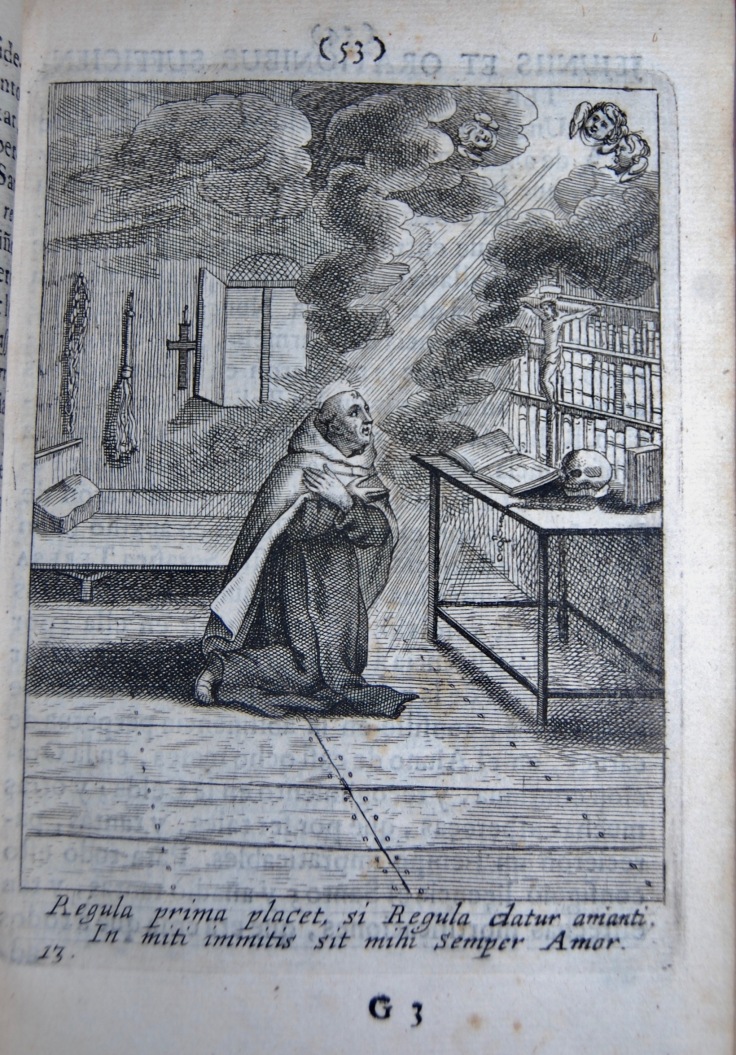 A cell was made for him in the monastery that was so small he could barely lie on the floor. He was fed only bread and water, and occasional scraps of salt fish. Each week he

was taken into public and lashed, then returned to his cell. His only luxuries were a prayer book and an oil lamp to read it by. To pass the time he wrote poems on paper that was smuggled to him by the friar charged with guarding his cell.

John became known as a remarkable and influential poet, especially following his death. He has been cited as an influence to many poets, mystics, and artists, even Salvador Dali.

After nine months, John managed to pry his cell door from its hinges and escape. (and climb out a window)

He joined Teresa’s nuns in Toledo, and spent six weeks in the hospital to recover. In 1579, he was sent to the town of Baeza to be rector of a new college and to support the Discalced Carmelites in Andalusia.

In 1580, Pope Gregory formally authorized the split between the Discalced Carmelites and the rest of the order. This ended the rift within the order. At that time, there were about 500 members in the order living in 22 houses.

During the last few years of his life, John traveled and established new houses across Spain.

In 1591, John became ill with a skin condition that resulted in an infection. He died on December 14, 1591, John of the Cross died. 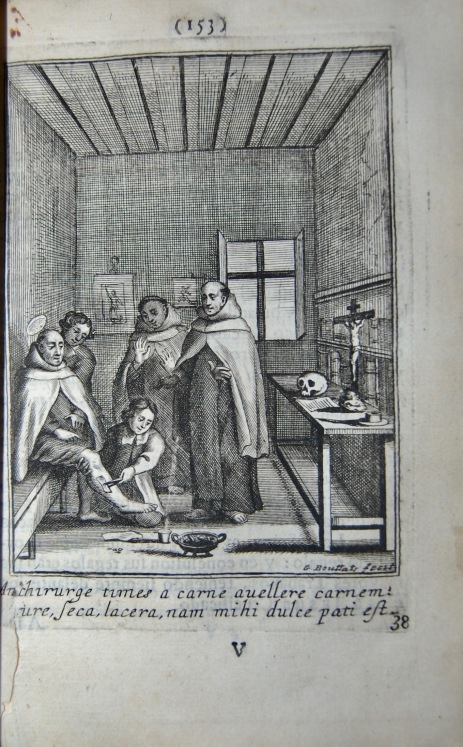 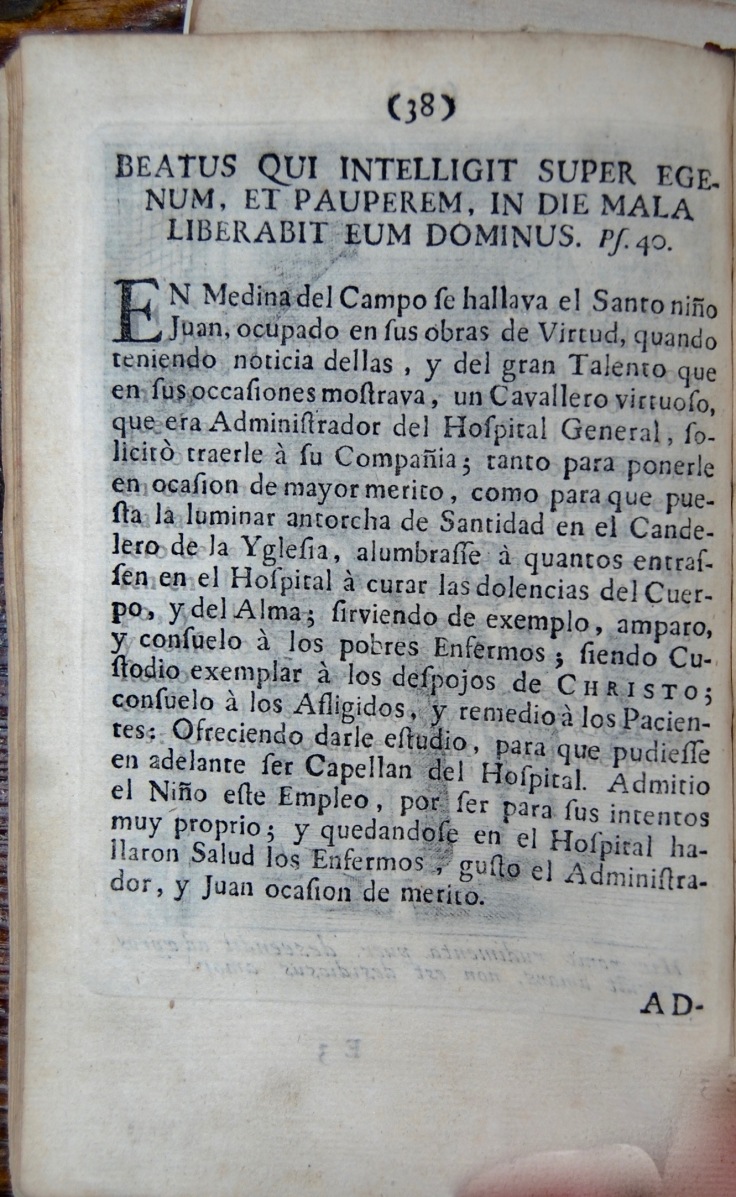