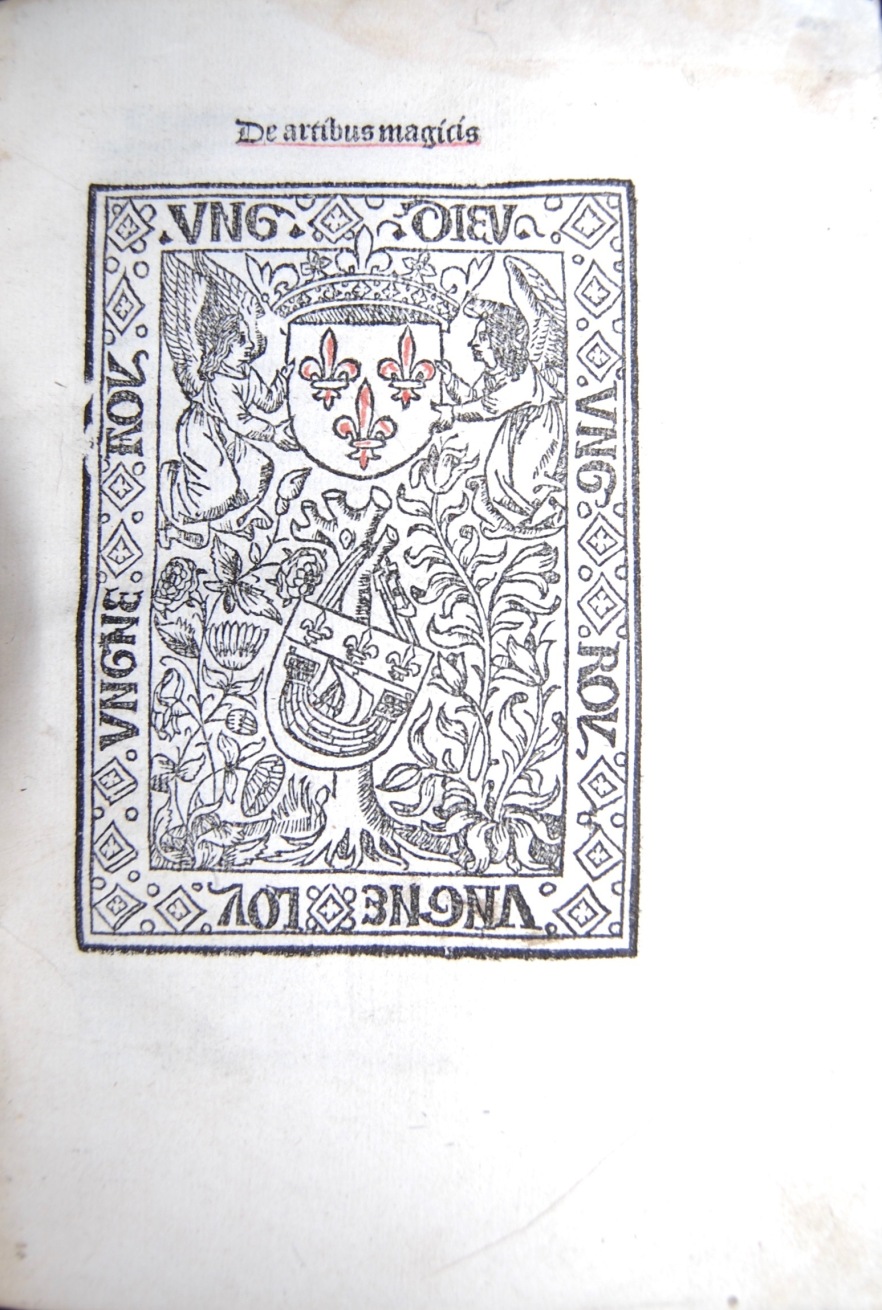 This treatise on magical practices was based on a speech Basin delivered in Paris before an assembly of cardinals in 1482. Basin was born 1445 in Zaragoza and he received his doctors degree in Paris, having study there theology and canon law.  In nine  propositions he explains how people enlist the help of demons and if the practise of such diabolic magic makes a person a heretic.

Basin states that magic arts, such as involving the invocation of demons and pacts must be been prohibited by all laws, civil and canon alike. Hain 2703. The editio princeps was published in 1483 and is extant in 12 copies worldwide. This second edition is more rare and exists in 6 copies worldwide. A corner stone text in the study of witchcraft and inquisition. B

Only one copy in the United States of America: (not in Goff) Southern Methodist Univ., Bridwell Library