The History of the Low-Countrey Warres 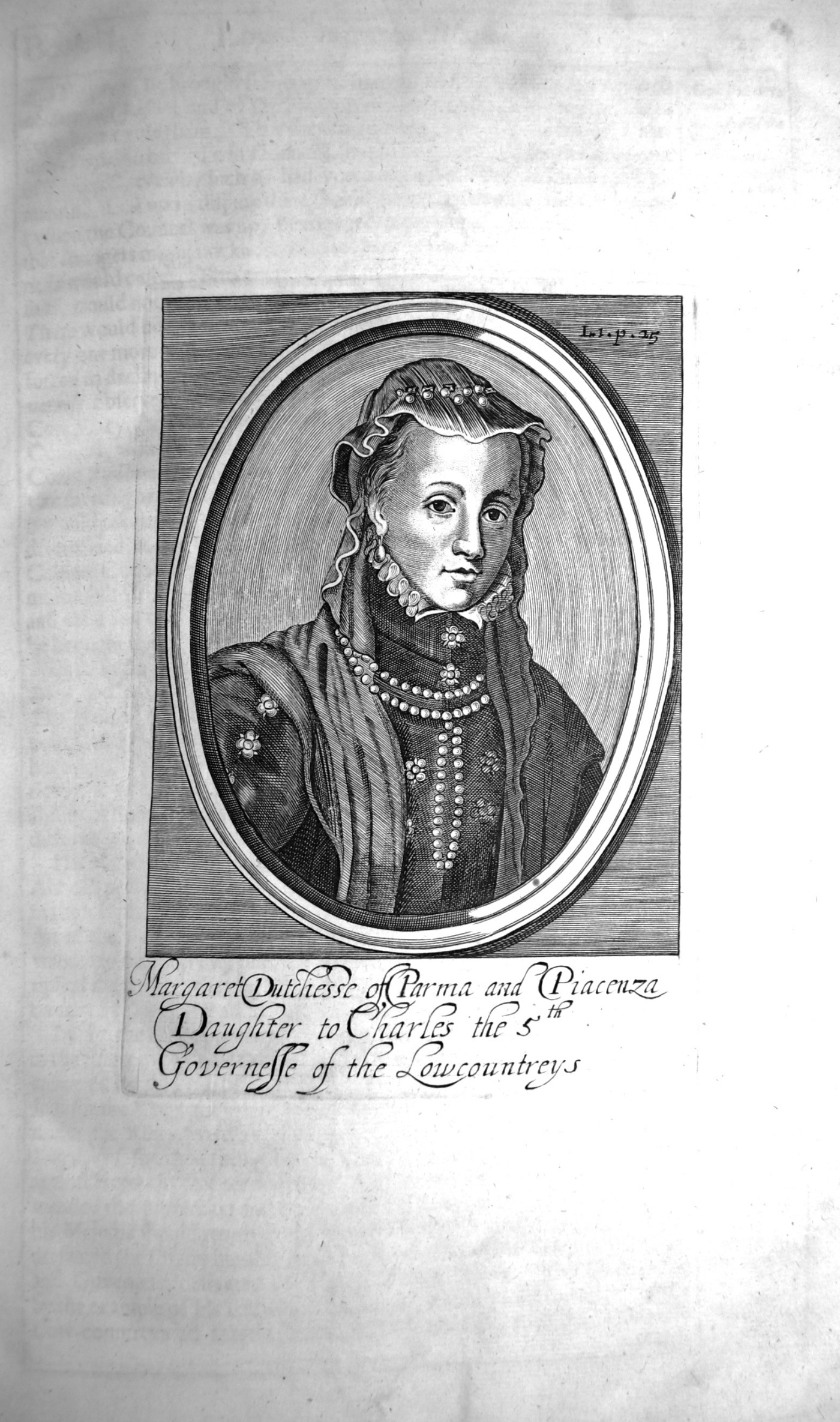 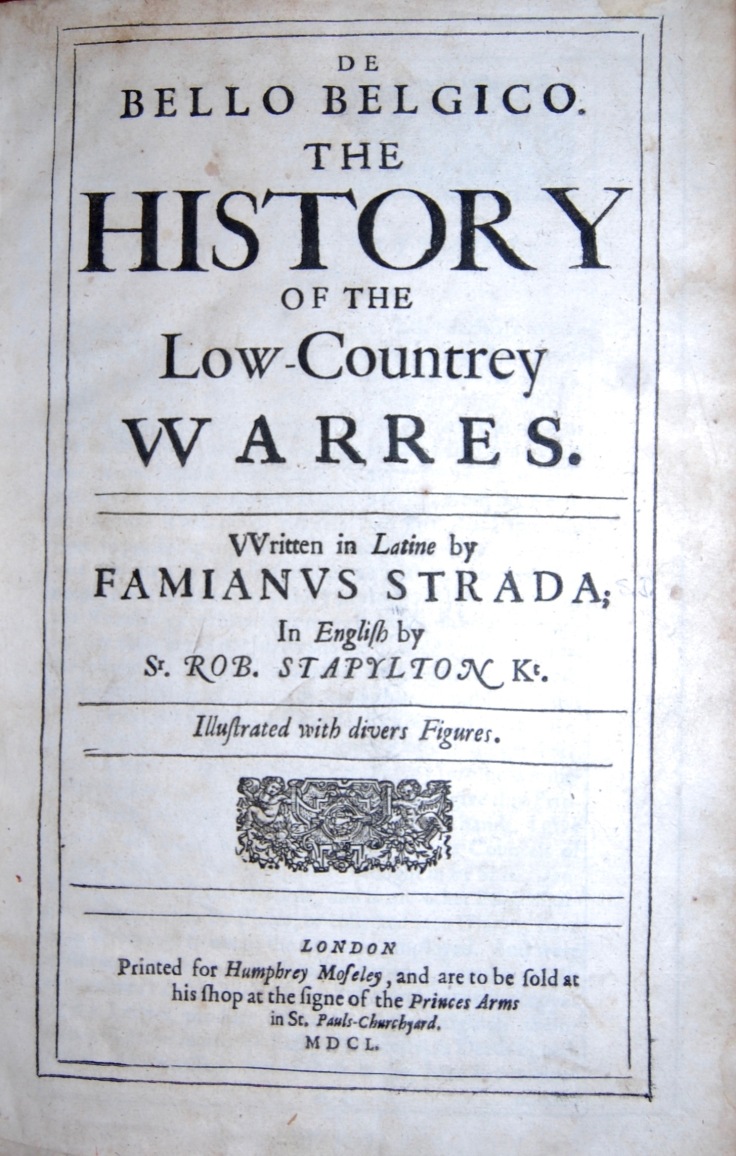 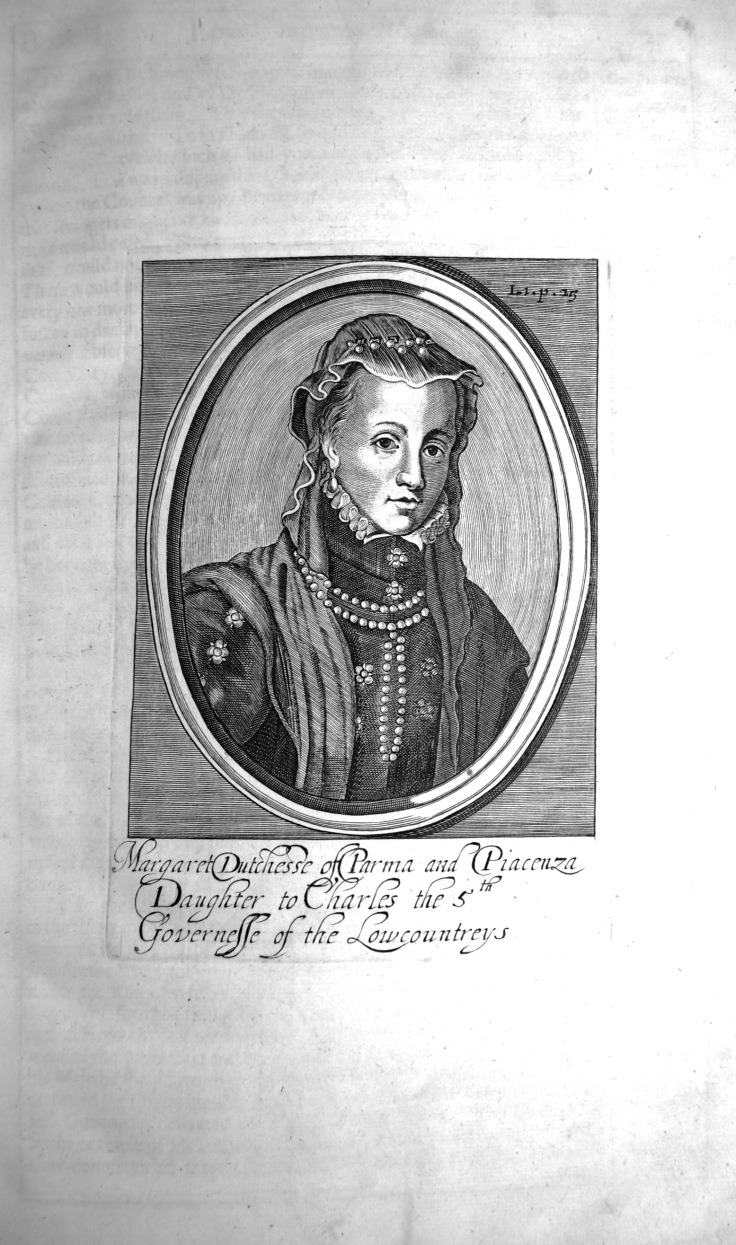 Famiano Strada was an Italian Jesuit historian who wrote “De Bello Belgico” in Latin in 1602, although it was not published until 1632. Playwright Sir Robert Stapylton (1607-1669) translated it into English.an account of the 16th-century revolt of the Netherlands against the rule of Philip II of Spain. Stapylton translated Strada’s marginal notes, adapting them to English readership. It forms a history of the Dutch Revolt, a conflict that began in the 1560s and continued until 1648, and saw the largely Protestant Low Countries challenge the dominance of the Roman Catholic Kingdom of Spain. De Bello Belgico decades duae, 1555-1590 was written with the help of Alexander Farnese (1545-1592), around 1602 . It was published in 1632 and translated into Dutch in 1646 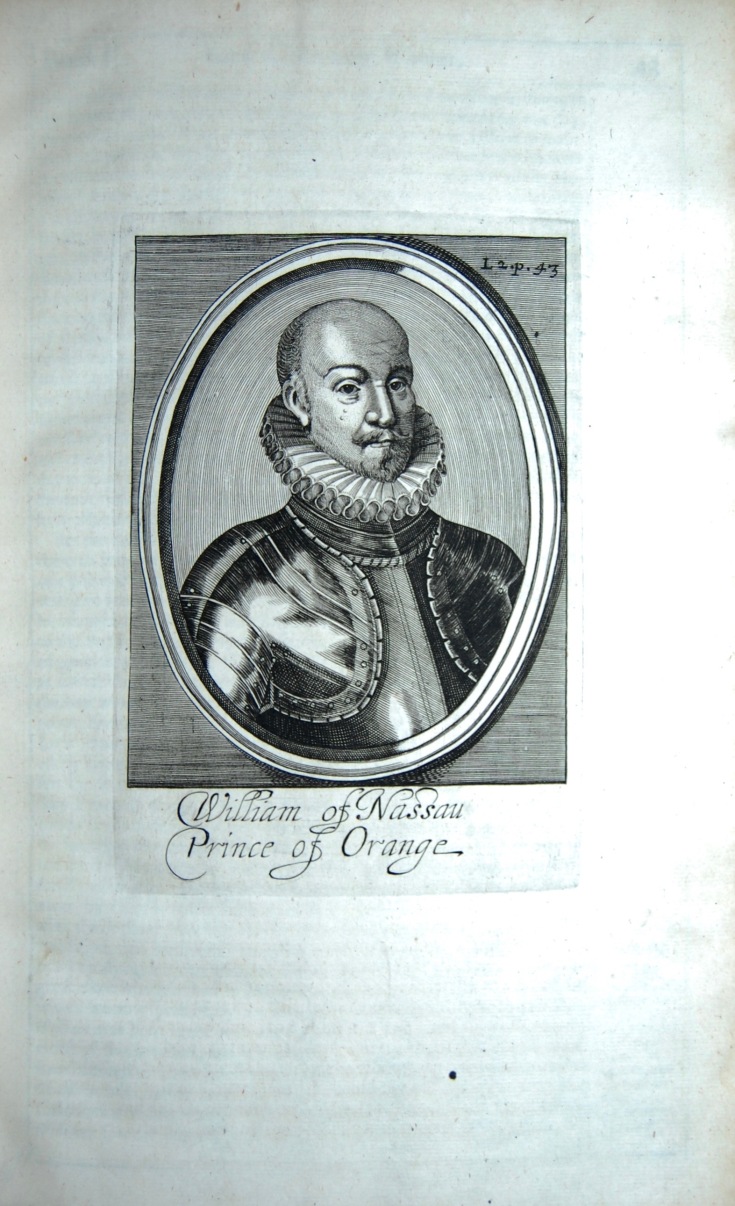 “Long before the bloudshed of this year 1566some of the Nobilitie of the Low-countreys,* in particular some young Lords (none of which I can readily name, but onely Lewis of Nassau, brother to the Prince of O∣range) sojourning for a long time at Geneva, and such like Towns, were ea∣sily intrapped by the Hereticks. For they had onely been so far instructed in Religion, as might serve to keep them Catholicks at home; but not a∣broad to teach them, if they should be circumvented, how to distinguish truth from falsehood; and truly no man ought to come near infected per∣sons, without a Preservative about him. These young Noblemen there∣fore having been new-catec•••ed by Hereticks,* when they returned to their Countrey, often spake in commendation of forrein Religions, and libertie of conscience: and found the people intentive and inquisitive after new Do∣ctrines. Nor did many of the Merchants wish a greater happiness,* then this Liberty: for themselves were inveigled with the like strange opinions, and consequently would have no one for Religion to be barred free Traffick. These joyning their Counsels, plotted,* for which they had divers examples, by degrees to shake from the shoulders of their Countrey, the yoke of the Catholick Faith, that would not suffer any other doctrine to predominate within their Cities. This designe,* I collect, was laid in the year 1559, when King Philip, resolving to return to Spain, commanded that his Fathers and his own Edicts (which during the Wars could not) should now be strictly observed. Which happening in that conjunction of time, when the Prince of Orange advised the Low-countrey men,* to petition for disbanding the Spanish souldiers, lest by their means the Spanish Inquisition should forcibly have been imposed upon them (as he himself hath left recorded in his Apology) I do not think it improbable,* that the Prince of Orange might be privie to matters then in agitation: Yet I believe not, that upon the first conference….”