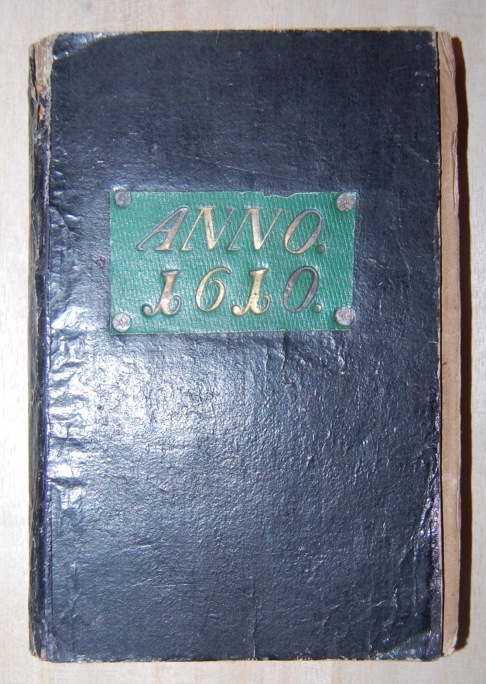 Dedication signed Pelletier. This is very scarce work, it is an attack on tyrannicide while at the same time defending the Jesuit Order just after Ravaillac,a want-to-be Jesuit, assassinated Henry IV of France. In 1609, Ravaillac claimed to have experienced a vision instructing him to convince King Henry IV to convert the Huguenots to Catholicism. Between Pentecost 1609 and May 1610, Ravaillac made three separate trips to Paris to tell his vision to the king, and lodged with Charlotte du Tillet, mistress of Jean Louis de Nogaret de La Valette, duc d’Épernon. Unable to meet the king, Ravaillac interpreted Henry’s decision to invade the Spanish Netherlands as the start of a war against the Pope. Determined to stop him, he decided to kill the king.On 14 May 1610, Ravaillac lay in wait in the Rue de la Ferronnerie in Paris (now south of the Forum des Halles); when the king passed, his carriage was halted by a blockage in the street, and Ravaillac stabbed Henry to death. Pierre de l’Estoile, the chronicler, stated of the king:His coach, entering from St Honoré to Ferronnerie Street, was blocked on one side by a cart filled with wine and on the other by a cart filled with hay… Ravaillac climbed on the wheel of the above-named coach and with a knife trenchant on both sides stabbed him between the second and third ribs.Ravaillac was immediately seized by police and taken to the Hôtel de Retz to avoid a mob lynching. …Jesuits were accused of complicity in Jean Chastel’s attempt to assassinate Henry IV on 27 December 1594. Chastel’s actions gave Jesuit opponents just what they needed to achieve their goal of expelling the hated Society. Expelled from most of France by the parlement of Paris and by several other parlements, the Jesuits returned when the king granted them clemency.The Society was banished from France and from Venice; there were grave differences with the King of Spain, with Sixtus V, with the Dominican theologians; and within the Society the rivalry between Spaniard and Italian led to unusual complications and to the calling of two extraordinary general congregations (fifth and sixth). The origin of these troubles is perhaps eventually to be sought in the long wars of religion, which gradually died down after the canonical absolution of Henry IV, 1595 (in which Fathers Georges, Toledo, and Possevinus played important parts). The fifth congregation in 1593 supported Acquaviva steadily against the opposing parties, and the sixth, in 1608, completed the union of opinions. Paul V had in 1606 reconfirmed the Institute, which from now onwards may be considered to have won a stable position in the Church at large, until the epoch of the Suppression and the Revolution. Missions were established in Canada, Chile, Paraguay, the Philippine Islands, and China. At Father Acquaviva’s death the Society numbered 13,112 members in 32 provinces and 559 houses.’