I see well that never is our intellect satisfied, unless that truth illumines it beyond which no truth may soar. 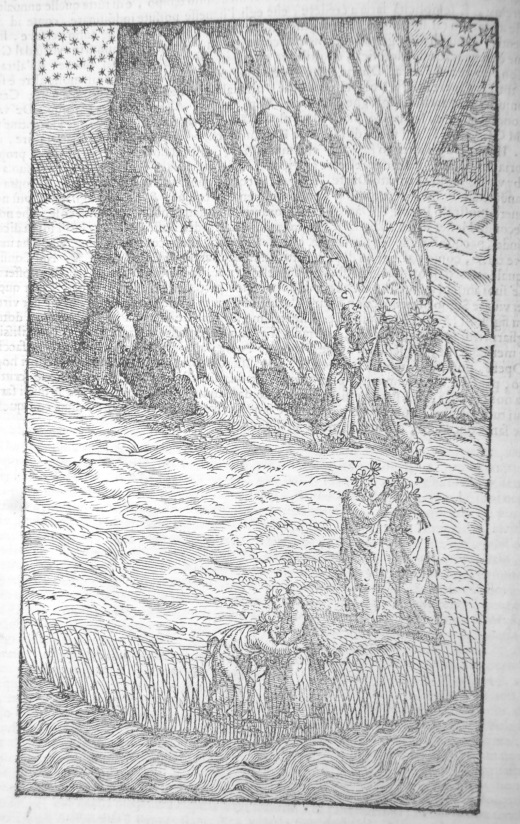 The Third Sansovino Edition. First published by the Sessa brothers in Venice in 1564, the celebrated edition of Dante edited by Francesco Sansovino (1521-1583) brings together the commentaries of Christopher Landino, originally published in Florence in 1481, and Alessandro Vellutello, which first appeared in the edition published by Francesco Marcolini in Venice, 1544. The attractive wood cuts used by the Sessas in all three folio editions are from the original blocks cut for Marcolini’s 1544 edition, though the number of illustrations was increased through repetition.The woodcuts  represent a departure, both iconographically and stylistically, from those in the Brescia, 1487 edition–they appear more accomplished and more confident in execution.  The portrait of Dante on the title-page, inspired in Vasari’s tradition, is very famous and this edition is in fact commonly know as ‘of the big nose’.  The sources of the portrait have probably to be found in two paintings by Vasari, now at the Oriel College of Oxford and at the Museum of Fine Arts in Cleveland.

This copy is bound in full later speckled calf, a very nice copy.