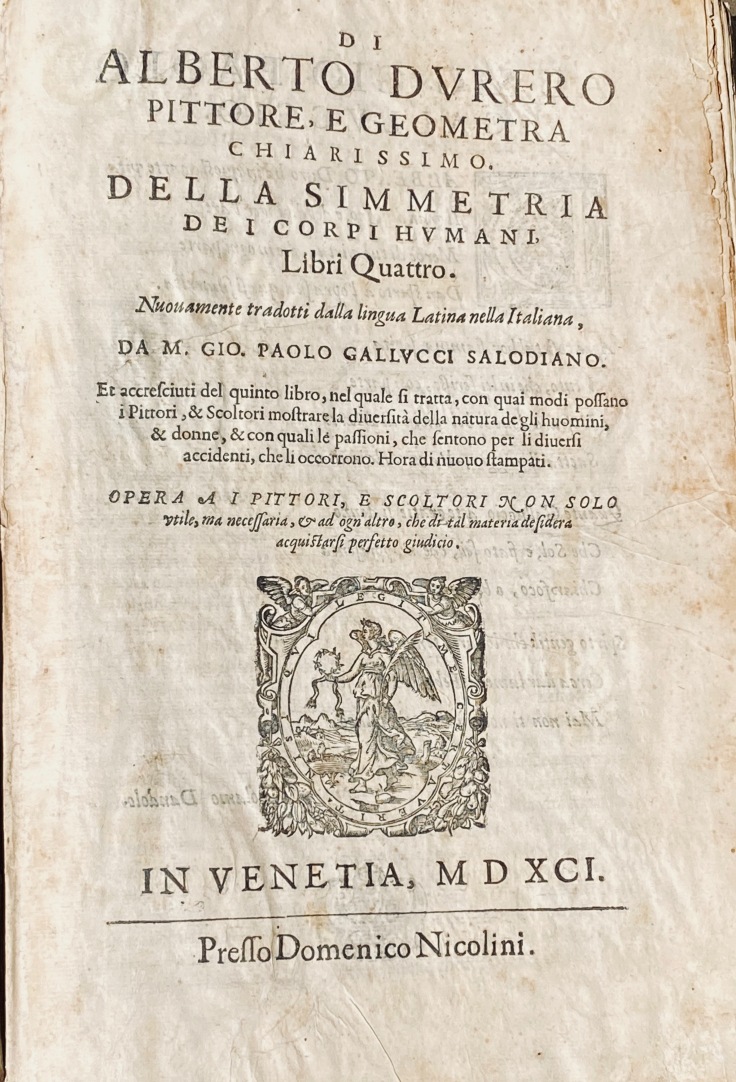 In this book there are hundreds of woodcut illustrations on almost every opening in the book, each representing the proportions of the human body depending on the age, the sex and the personal development. Each body is drawn/represented a frontal, side and a depiction of range of motions, while the heads are shown in different positions, such as looking upwards or downwards. Depicting which kind of perspective the artist should take in order to represent a person better.

In the first three books Dürer discusses methods of measuring and representing human proportion. The third book concludes with a passage on the relationship of art to God.

The fourth book discusses the representation of movement and bent postures.

Most of the illustrations are close copies of those in the first, German edition (1528).

The work was published for the first time posthumously in Nuremberg, in 1528, with the original German title Vier Bücher von menschlicher Proportion.

The first book was mainly composed by 1512/13 and completed by 1523, showing five differently constructed types of both male and female figures, all parts of the body expressed in fractions of the total height. Dürer based these constructions on both Vitruvius and empirical observations of “two to three hundred living persons”.  The second book includes eight further types, broken down not into fractions but an Albertian system, which Dürer probably learned from Francesco di Giorgio’s ‘De harmonica mundi totius’ of 1525. In the third book, Dürer gives principles by which the proportions of the figures can be modified, including the mathematical simulation of convex and concave mirrors; here Dürer also deals with human physiognomy. The fourth book is devoted to the theory of movement.

Appended to the last book, is an essay on aesthetics, which Dürer worked on between 1512 and 1528, and it is here that we learn of his theories concerning ‘ideal beauty’.  Dürer rejected Alberti’s concept of an objective beauty, proposing a relativist notion of beauty based on variety. Nonetheless, Dürer still believed that truth was hidden within nature, and that there were rules which ordered beauty, even though he found it difficult to define the criteria for such a code.  In 1512/13 he wrote that his three criteria were function (‘Nutz’), naïve approval (‘Wohlgefallen’) and the happy medium (‘Mittelmass’).

Unlike Alberti and Leonardo, Dürer was most troubled by understanding not just the

abstract notions of beauty but also as to how an artist can create beautiful images.  Between 1512 and the final draft in 1528, Dürer’s belief developed from an understanding of human creativity as spontaneous or inspired to a concept of ‘selective inward synthesis’.

In other words, that an artist builds on a wealth of visual experiences in order to imagine beautiful things. Dürer’s belief in the abilities of a single artist over inspiration prompted him to assert that “one man may sketch something with his pen on half a sheet of paper in one day, or may cut it into a tiny piece of wood with his little iron, and it turns out to be better and more artistic than another’s work at which its author labours with the utmost diligence for a whole year”.

«Dürer was the first artist, who, brought up in the late-medieval workshops of the North, fell under the spell of art theory as it had evolved in Italy. It is in his development as a theorist of art that we can study in vitro, as it were, the transition from a convenient code of instructions to a systematic and formulated body of knowledge». 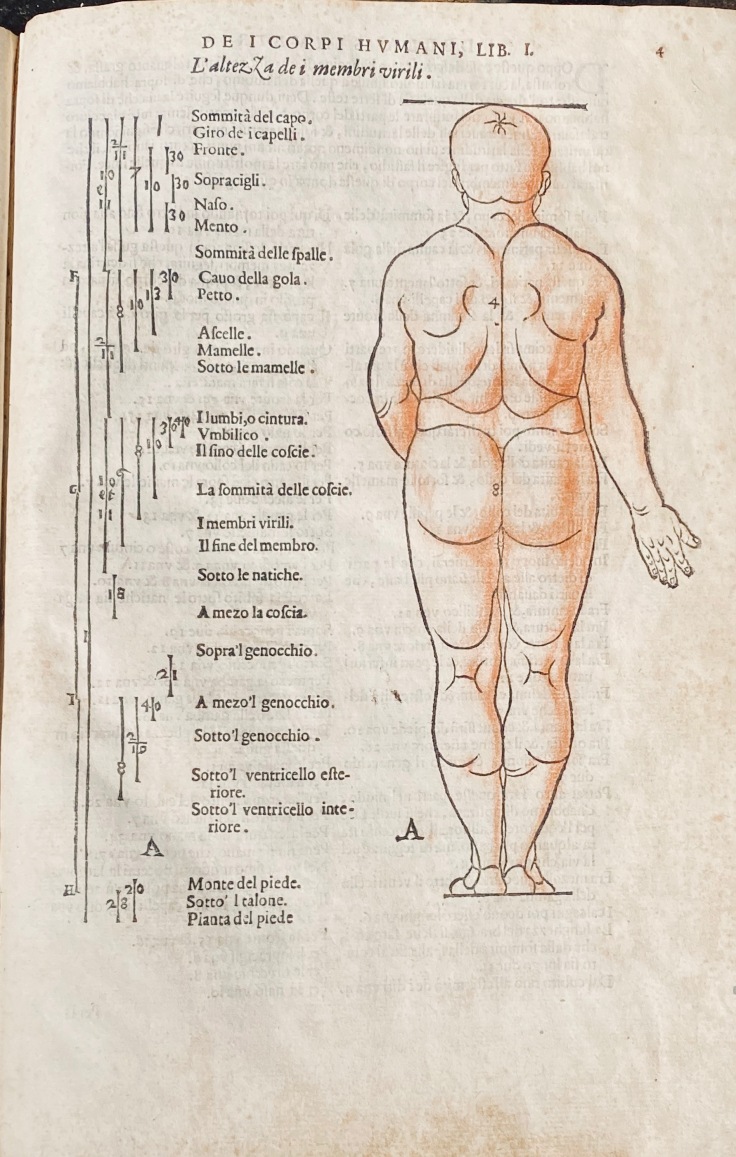