The french rogue: or, the life of Monsieur Ragoe de Versailles.

The french rogue: or, the life of Monsieur Ragoe de Versailles. Containing his parentage, monstrous birth, early rogueries, Pleasant and Witty Pranks, not only in France, but in divers other Countries. With the Strange and Wonderful Plots, Projects, Policies and Stratagems, by which the Contrived, Managed and Brought about his Villanies, and escaped many Dangers, and more particularly the Prank he played with the French King, &c. all very comical and delightful, with large additions not in any former impression. Done from the original by J. S. 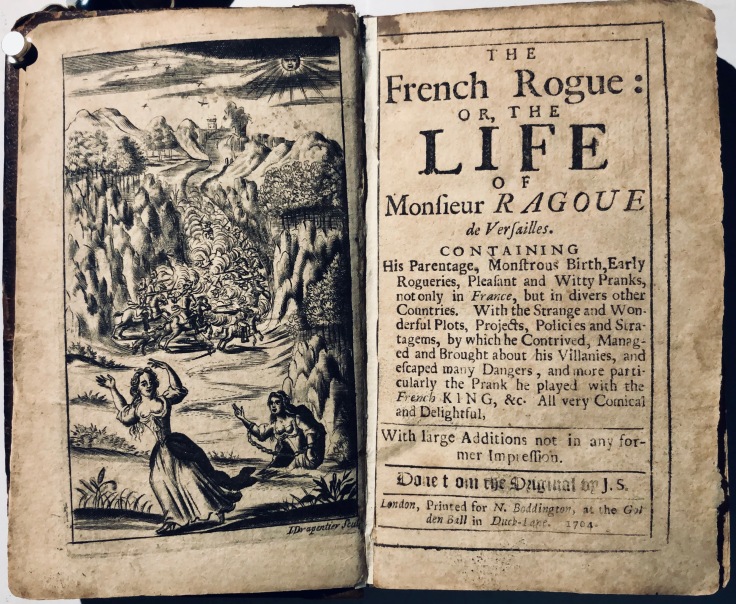 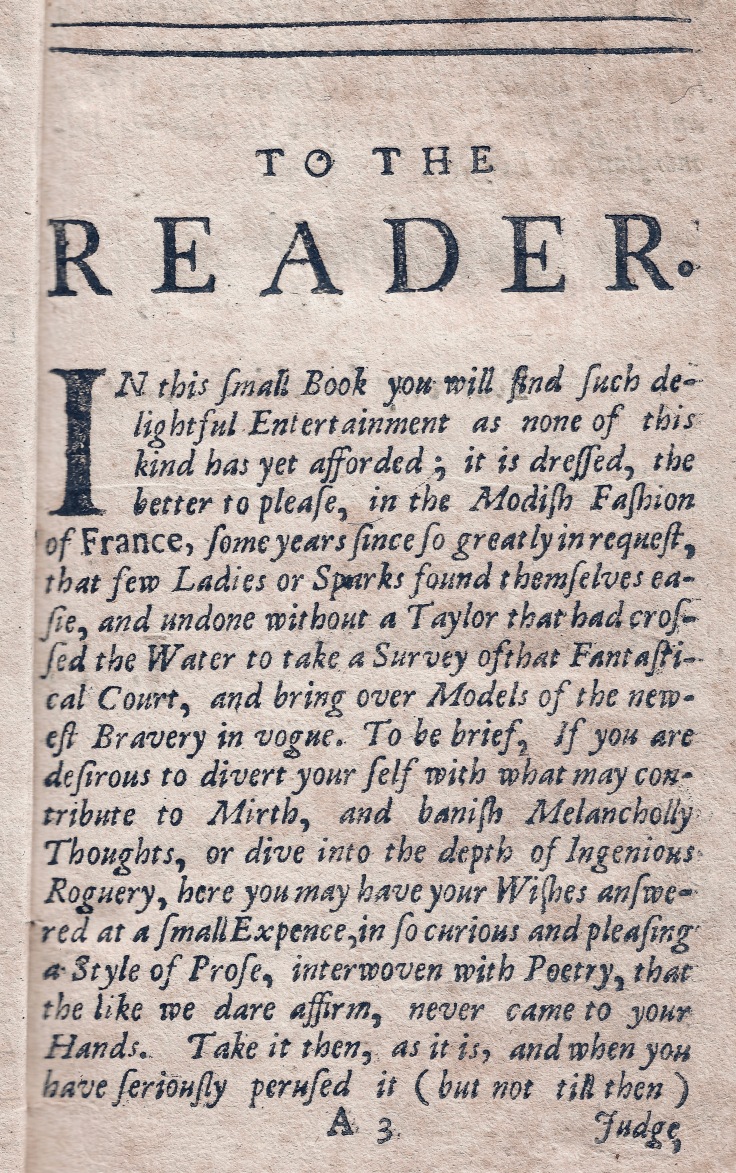 It is intact as amusing as it promises. The  language and the use of slang, euphemisms  for sex, understatement and down right Genteelism really make this a fun sand challenging read!  Head had finished The English Rogue in 1665. It was composed in the stile  of French Romances and Head was able to write a narative savoury with events Head could claim to have based on his personal experience.  In 1672  The French Rogue  is printed anonymously , this seems slightly strange since in 1672 Head had fled back to his home Ireland .This copy  is the second edition and is quite rare, known in only one other copy.  Numerous imitations of Head’s rogue story followed on the English market such as The French Rogue: or, The Life of Monsieur Ragoue de Versailles (1672) (identified in several library catalogues as another of Head’s works); the most famous descendant is today probably Daniel Defoe’s The Fortunes and Misfortunes of the Famous Moll Flanders (1722).

All copies listed in the ESTC are rare