London: Printed for H. Rhodes, at the Star, the corner of Bride-lane, in Fleet-street: and sold by R. Clavel at the Peacock against St. Dunstan’s Church in Fleetstreet 1696.     $2,800 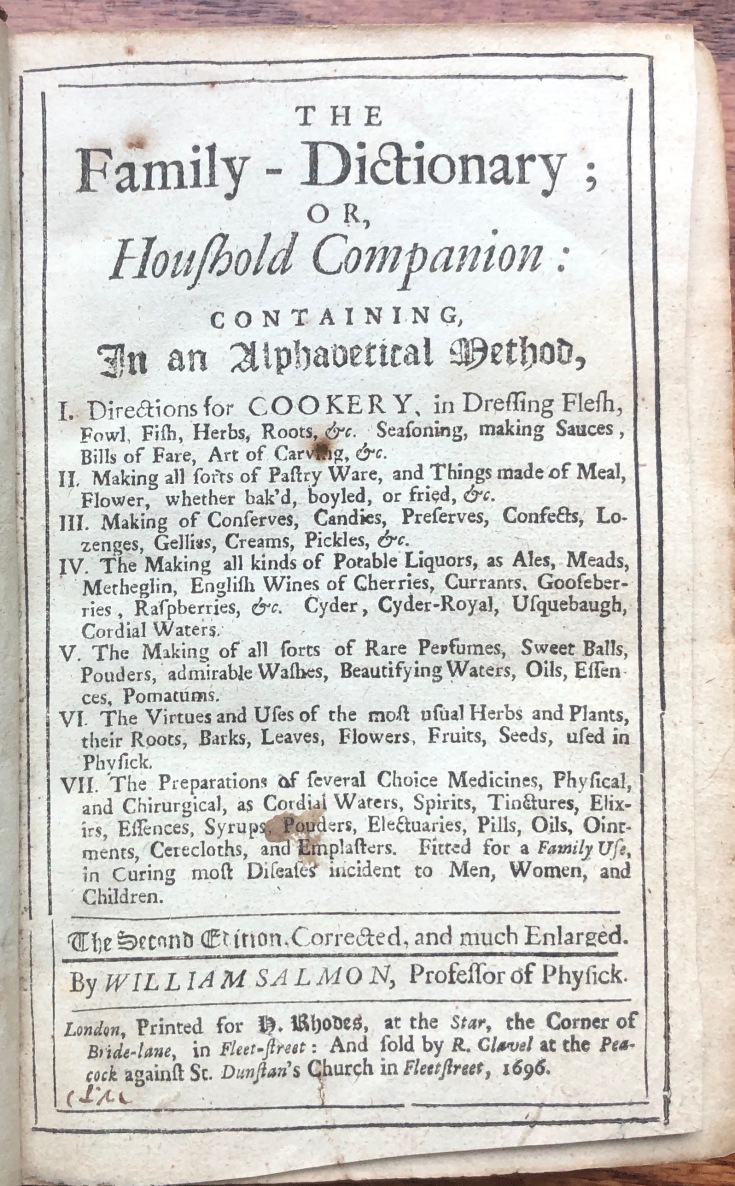 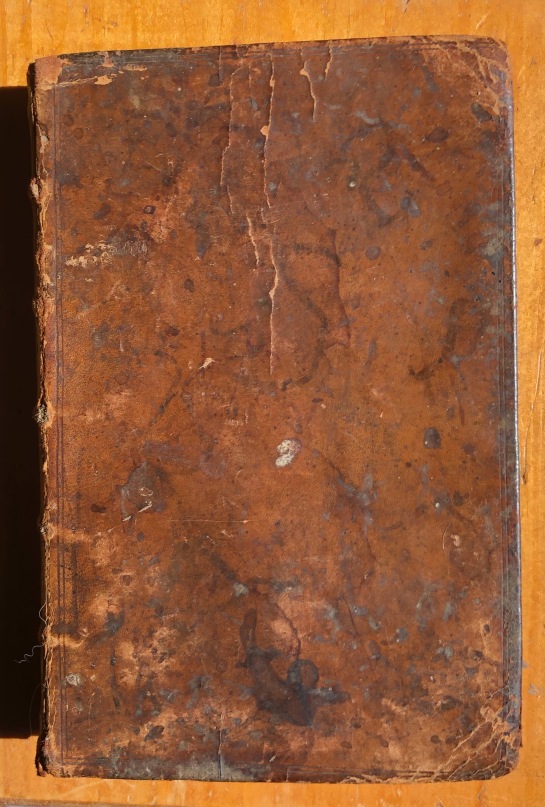 The enclyopedic nature of this book manages for some rather interesting Juxtapositions of descriptions of necessary things to know of. For example Lump or Ling=Pye  (a wonderful pasterie ) and next we have Lunacy  ( which is a distemper first seated in the blood  and then afflicting the brain)..  and there are some long descriptions of and uses for rather obscure substances, Bezorattic=Powder (a highly esteemed thing)

And ofcourse there is Aqua Mirabilis, Aqua Epidemica, Scurvigras=wine, Tetters to kill:  And on and on!

William Salmon according to an inscription under his portrait in Ars Anatomica (1714), William Salmon was born on 2 June 1644 Almost nothing is known about his upbringing or his education. He may have traveled in New England or the West Indies {Osler,  Bibliotheca Osleriana }  It was rumored that his earliest teacher was a traveling charlatan from whom he inherited his original stock-in-trade. 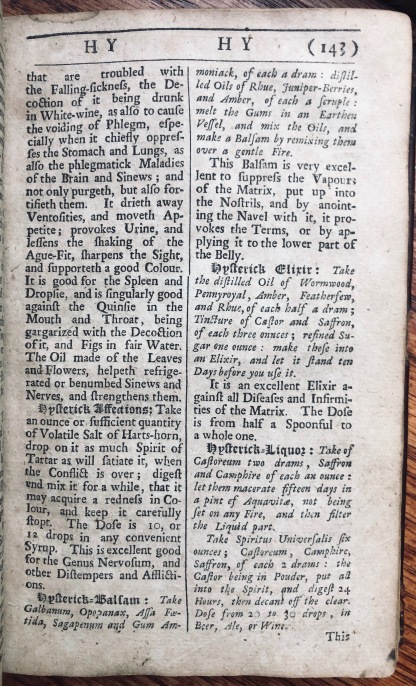 Salmon set up in business near the Smithfield gate of St. Bartholomew’s Hospital in London, where he could attract patients who did not receive treatment at the hospital.

He treated diseases, compounded and sold prescriptions, cast horoscopes, and studied alchemy, all “form[s] of medical practice common at the time”.  In 1684, Salmon moved to the Blue Balcony by the ditch side, near Holborn Bridge, living there until 1692  By 1698, when he published Ars chirurgica, he indicated that his residence was the Great House by Black Friars’ Stairs.

Salmon’s published works covered an incredibly wide range of topics, including pharmacology, medicine, surgery, alchemy, chiromancy, astrology, almanacs, botany, cooking, and art. In part, he was able to publish so prolifically because large sections of his texts were “copied, translated, abridged, enlarged and compiled from the texts of others”. 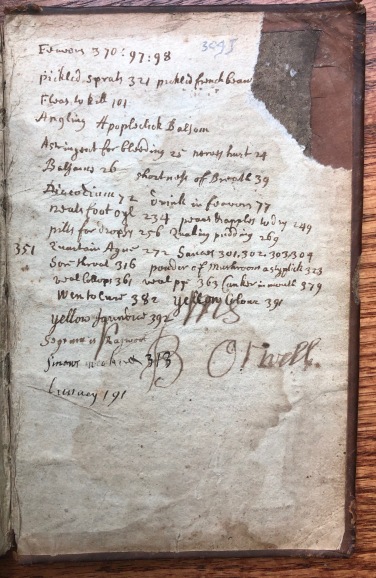 Salmon openly acknowledged that much of his work was derivative, stating “we have scrutinized the best Authors, to many of which we have been very much beholden”, with an extensive list of members of the Mathematical, Medical, and Chyrurick Tribes, as well as Anatomists, chymists, and a multitude of others. Even by the standards of his time, he was criticized for failing to individually credit the sources from which specific materials were taken. In addition, instead of taking a specific philosophical position and siding with one of the competing schools of medical thought, Salmon created “a compendium of everything”. The publication history of his books is complicated, as subsequent editions of a title often added more and more material. For example, the 1701 edition of Polygraphice was almost three times the length of the first edition. 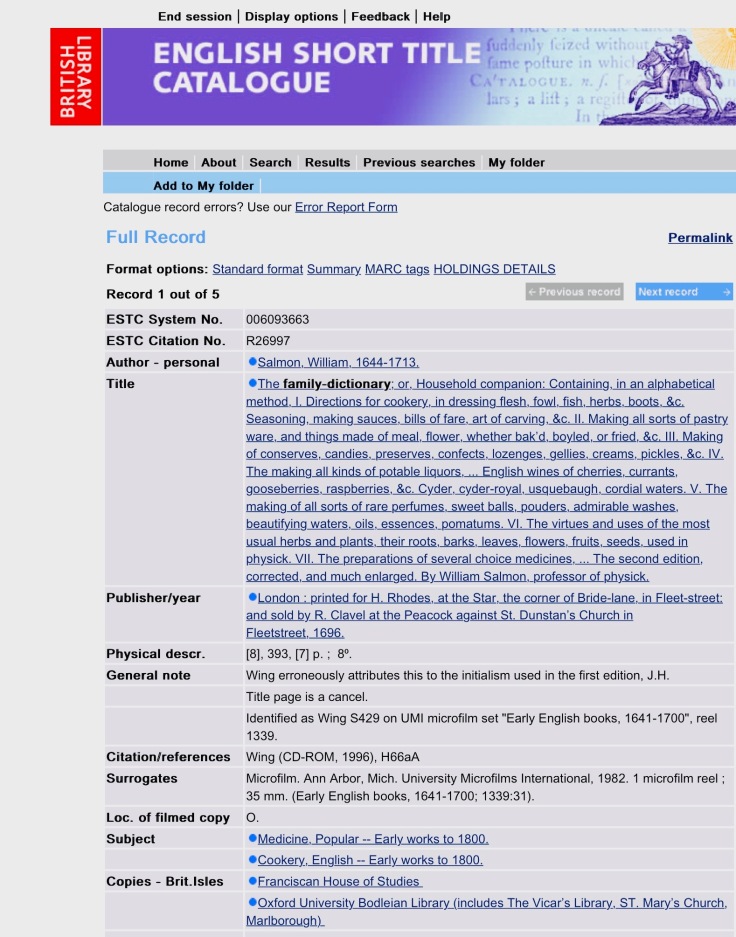 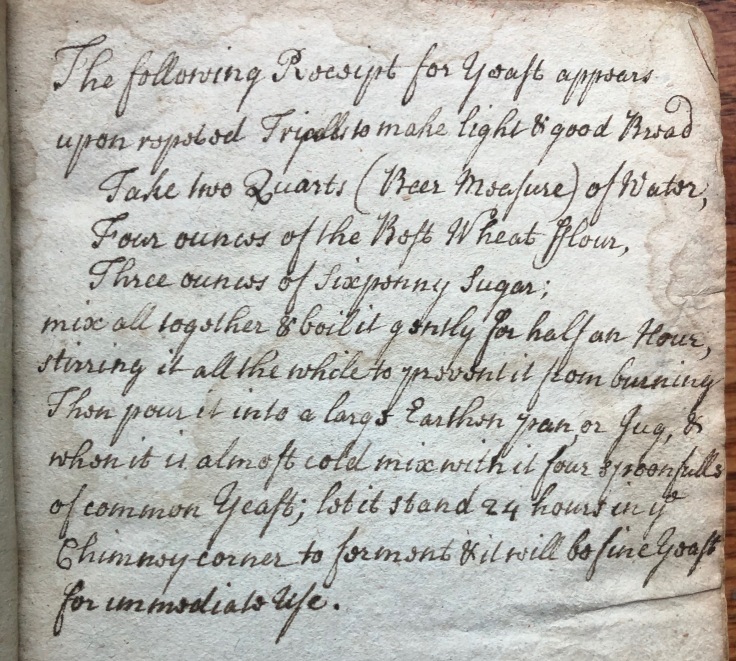 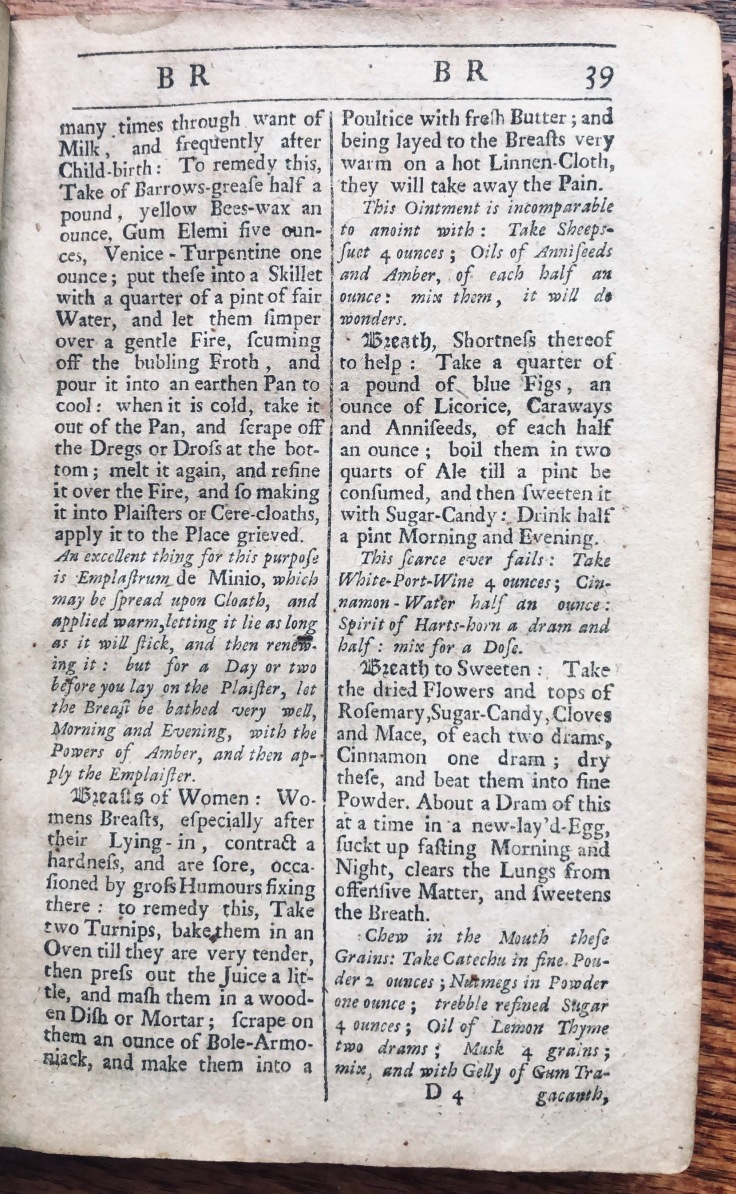