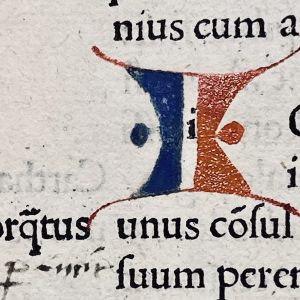 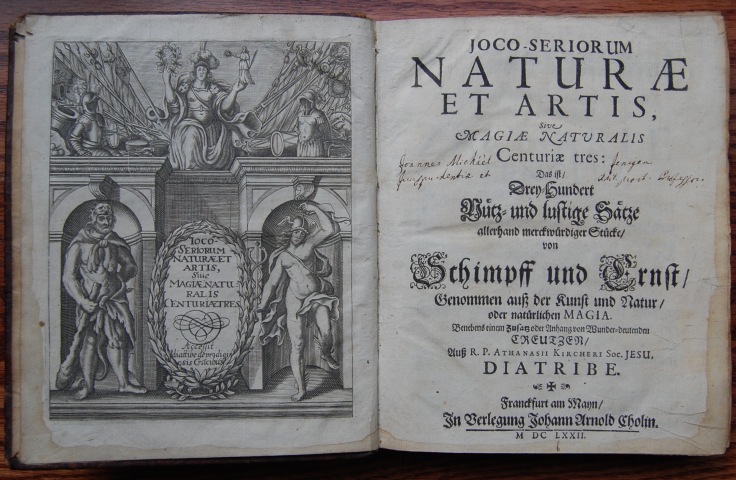 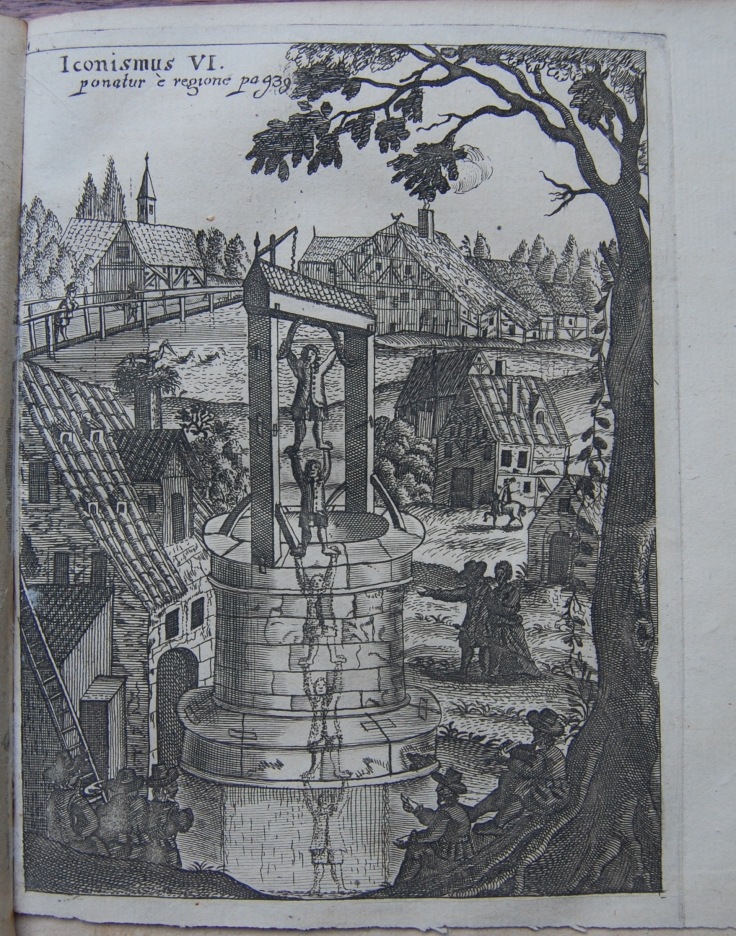 Rare first (?) German trsl. of this esoteric work by the German Jesuit and scientist G. Schott (1608-1666) describing scientific and magical tricks to show that science can be fun and enjoyable. There are twenty two engraved plates. (some folding) depicting how these incentions work for example how to build a fireplace and prevent chimney fires, how to walk on water or how to catch fish with your hands. 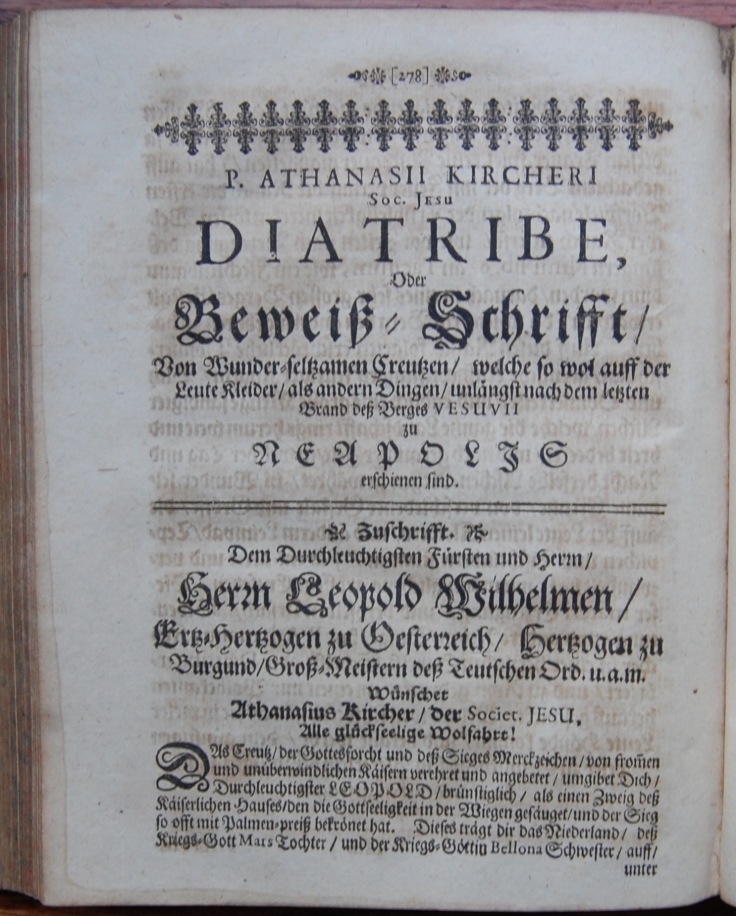 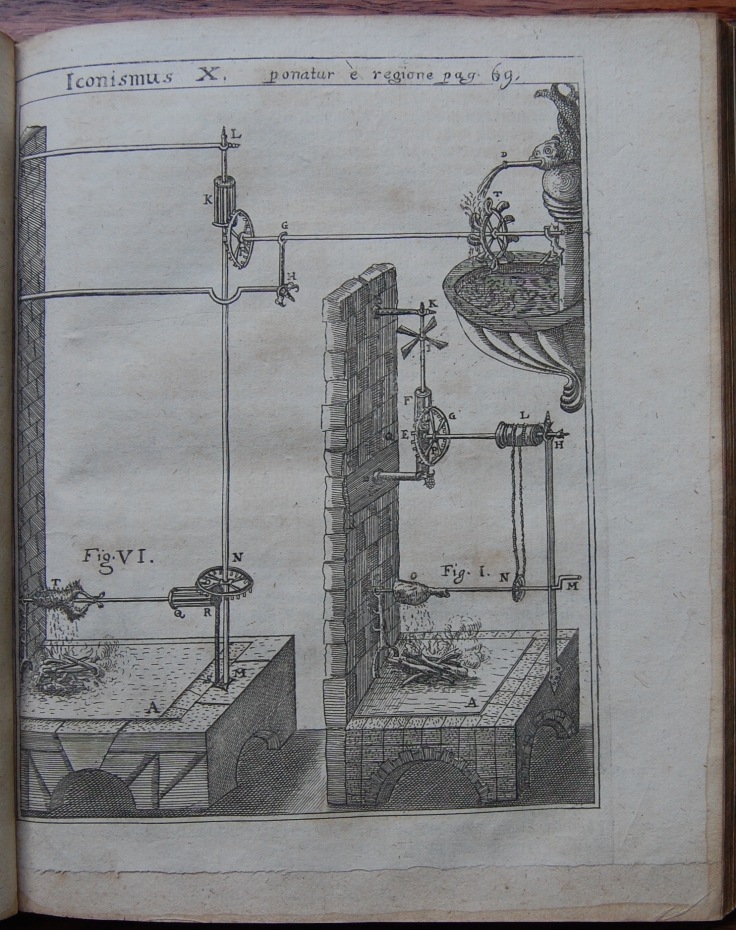 Gaspar Schott, S.J. was born in Koenigshofen, Germany and died in in Augsburg. He studied in Sicily and later worked with Athanasius Kircher in Rome for three years before returning to Germany in 1655 where he was appointed professor of mathematics at Augsburg. He edited a number of books by Kircher, e.g., Pantometricum Kircherianum and Iter Extaticum Coeleste. He was asked by Otto von Guericke to describe the experiment of the exhausted hemisphere, and his dramatic sketch of this experiment at Magdeburg has been copied for centuries in physics textbooks. Schott added as an appendix to his Mechanica Hydraulio-pneumatica (1657) a detailed account of Guericke’s experiments on vacuums, the earliest published report of this work.

As a result of these publications Schott became the center of correspondence, as other scientists wrote to inform him of their inventions and discoveries. Schott exchanged several letters with von Guericke,seeking to draw him out by suggesting new problems, and then he published his later investigations. He also corresponded with Huygens and was the first to make Boyle’s investigations on the air pump widely known in Germany. Even though he personally held the Aristotelian abhorrence of a vacuum, he was open to new information from experiments and rendered great service to Germany by encouraging experimentation.

He was the author of a number of works on mathematics, physics, and magic. They are a mine of curious facts and observations and were formerly much read. His most interesting work is the “Magia universalis naturæ et artis”, 4 vols., Würtzburg, 1657-1659, which contains a collection of mathematical problems and a large number of physical experiments, notably in optics and acoustics.  He also published “Pantometricum Kircherianum” (Würtzburg, 1660); “Physica curiosa” (Würtzburg, 1662), a supplement to the “Magia universalis”; “Anatomia physico-hydrostatica fontium et fluminum” (Würtzburg, 1663), and a “Cursus mathematicus” which passed through several editions. He also edited the “Itinerarium extacticum” of Kircher and the “Amussis Ferdidindea” of Curtz. (CE) 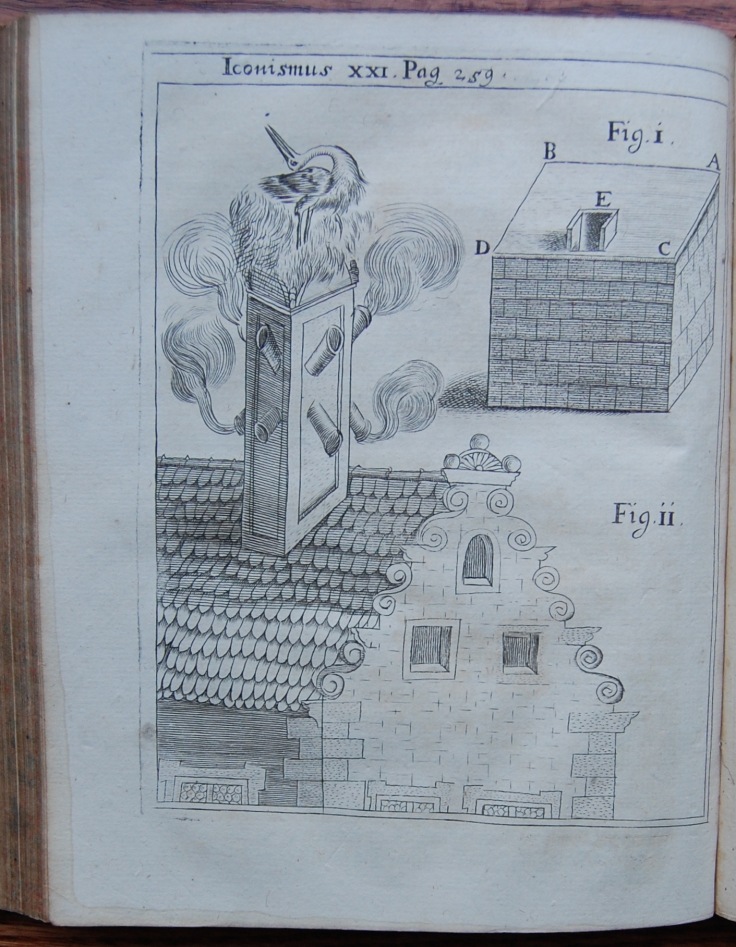