1681 Natural and Artificial Rarities Belonging to the Royal Society.

Musaeum Regalis Societatis. Or A Catalogue & Description Of the Natural and Artificial Rarities Belonging to the Royal Society And preserved at Gresham Colledge. Made By Nehemjah Grew M.D. Fellow of the Royal Society, and of the Colledge of Physitians. Whereunto is Subjoyned the Comparative Anatomy Of Stomachs and Guts. By the same Author. 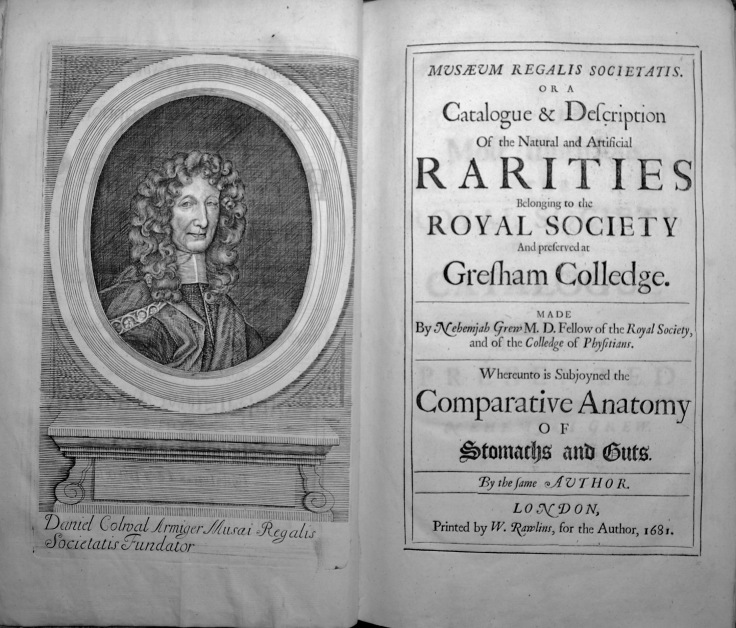 end) .   First edition.       It is bound in seventeenth century English calfskin boards, with large speckles, rebacked in the last century (?) with a spine label.      The text portion of this book consists of descriptions of mysterious and intriguing oddities collected by the Royal Society in its early days. The Society was granted its royal charter in 1662. It was a preoccupation of many educated men of the sixteenth and seventeenth centuries across Europe to collect bizarre and exotic objects from around the world. The far east, the new world, and beyond, all of these remote locales yielded their most notable artifacts, natural objects, animals, plants, machines and more. 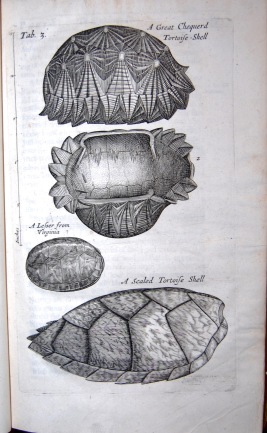 Some of the things described in this book are listed here: an Egyptian mummy, a male human fetus, the skin of a moor, the skeleton of a man, and one of a woman, the skeleton of an abortive human fetus, human skulls, a penis, the womb of a woman, a piece of bone “voided by Sir W. Throgmorton with his Urine,” a monkey, a sloth, the skull of a tiger, the skull of a hippopotamus, the fore tooth of a beaver, a weasel-headed armadillo, the flying squirrel, the horns of a Syrian goat, a monstrous calf with two heads, the skin of a rhinoceros, the tusk of an elephant, a hairy ball taken from the stomach of a bull in Brazil, many tortoise shells, a crocodile, a chameleon, a senembi lizard of Brazil, the skin of a few snakes from Brazil, a great bat from the West Indies, a bird of paradise, a great red and blue parrot, a humming bird, the leg of a dodo, several loons, an auk (now extinct), many eggs and nests, many whale bones, a white shark, the head of a dolphin, the skeleton of a porpoise, a skate, a sturgeon, a lobster, many crabs, butterflies, wasps, the nocoonaca from the West Indies, fruits, nuts, berries, coral, stones, gems, an air pump, a condensing engine, a weather clock, two microscopes, an otocoustick, a reflecting telescope, a model of a winding stair 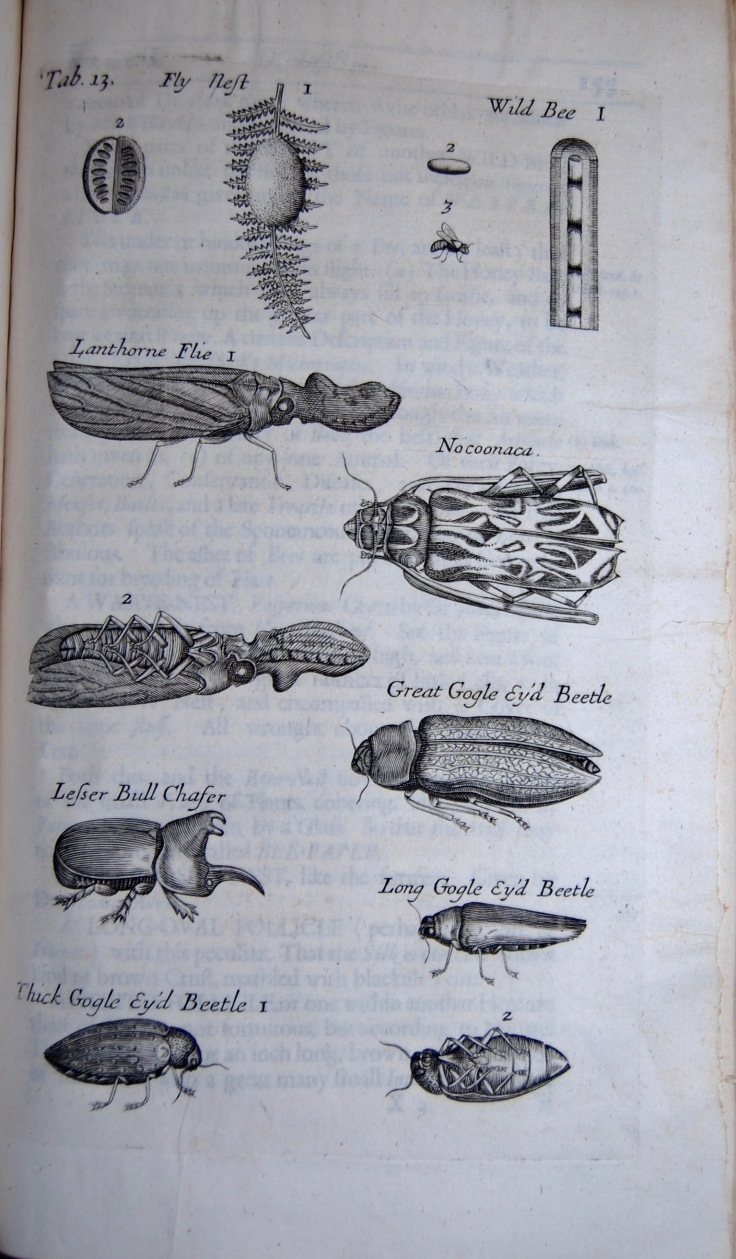 case, a double bottomed ship, a canoe, a poisoned dagger, a cider press, Virginian money, a hammock, many American Indian every day objects, Iceland gloves, the fan of an Indian king, a snow shoe from Greenland, and more, much much more. In the plates some of the subjects include the hippopotamus skull, the buttock skin of a rhinoceros, tortoise shells, the complete skeleton of a crocodile, the sea unicorn, a coconut, fish, bird’s nests, shells, insects, and more.

This is an intriguing and marvelous book. 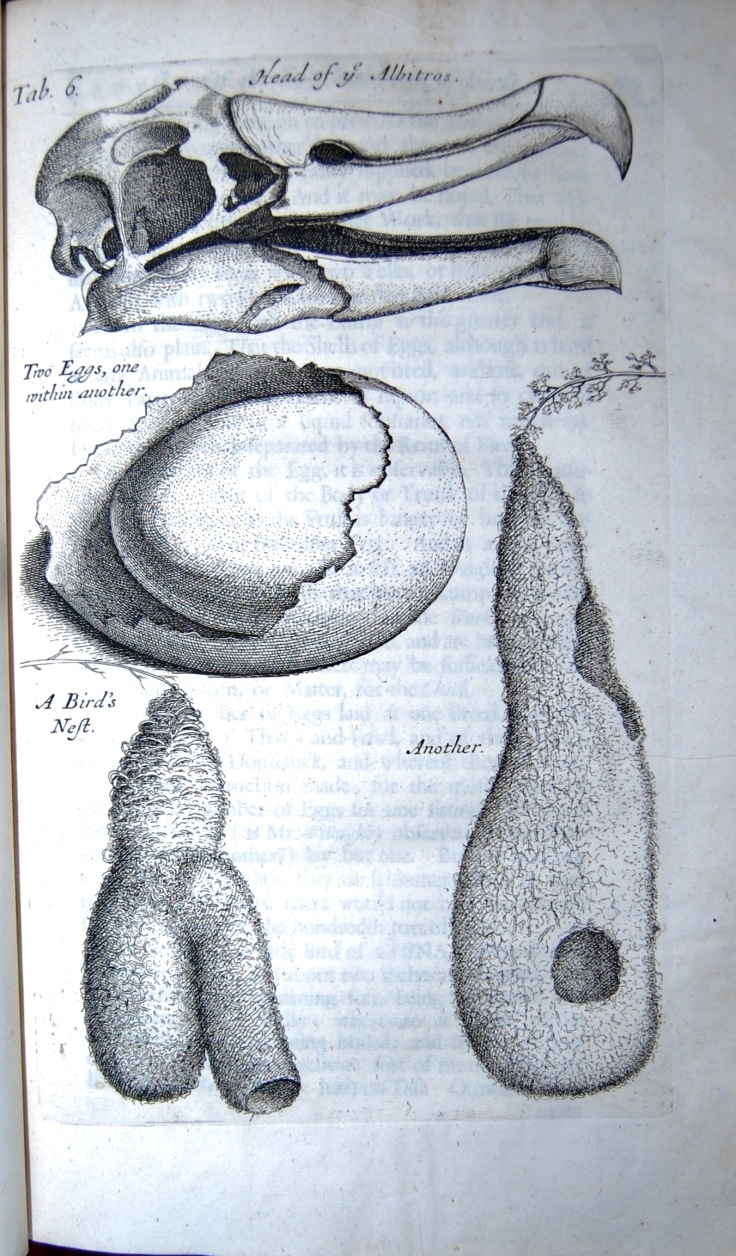 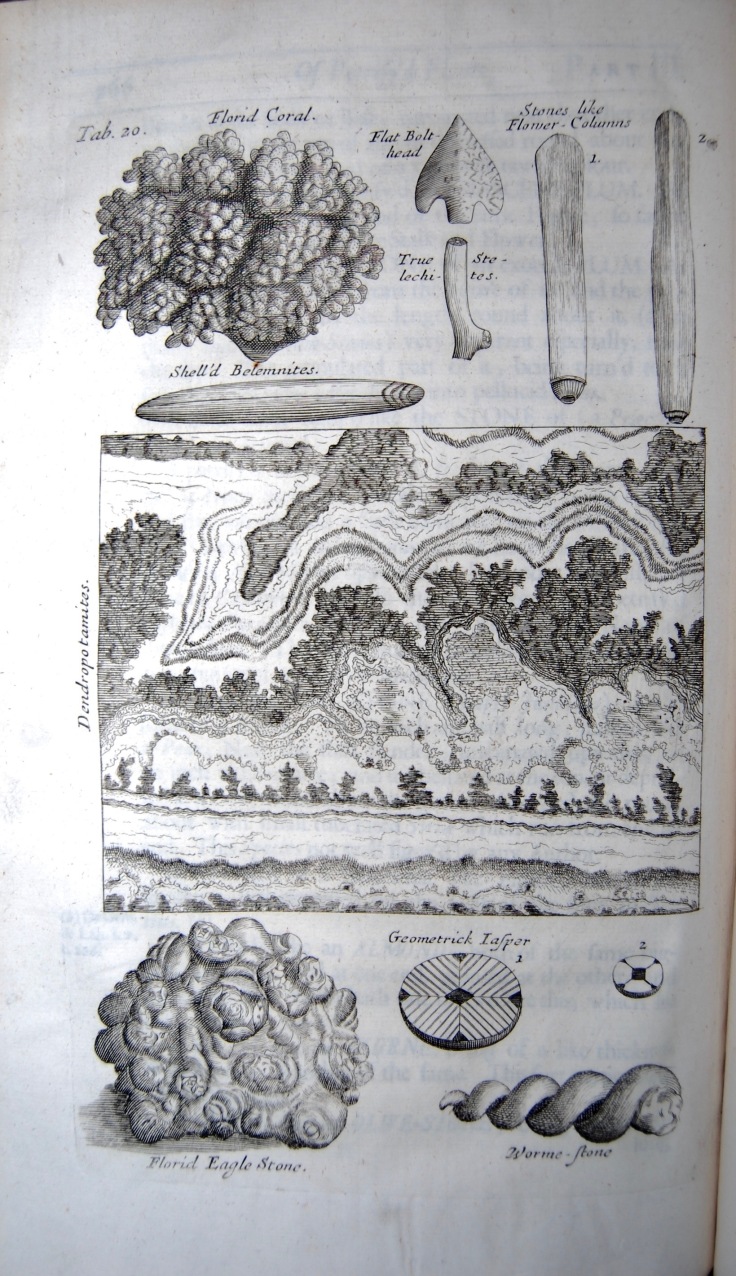 LeFanu, William R, NEHEMIAH GREW, A STUDY AND BIBLIOGRAPHY OF HIS WRITINGS. 1990 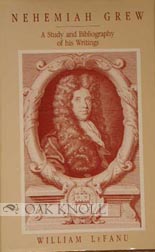 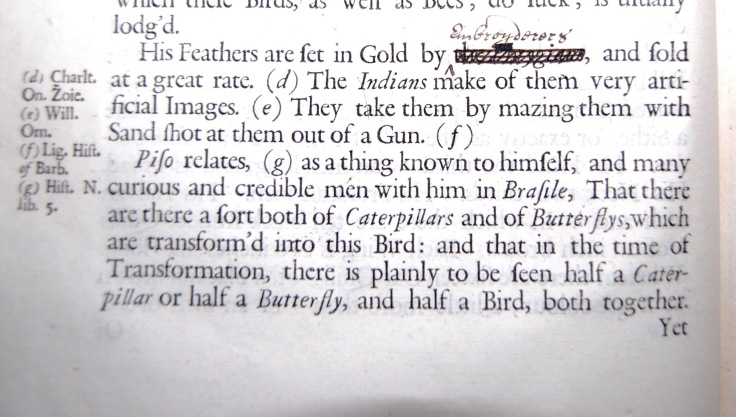