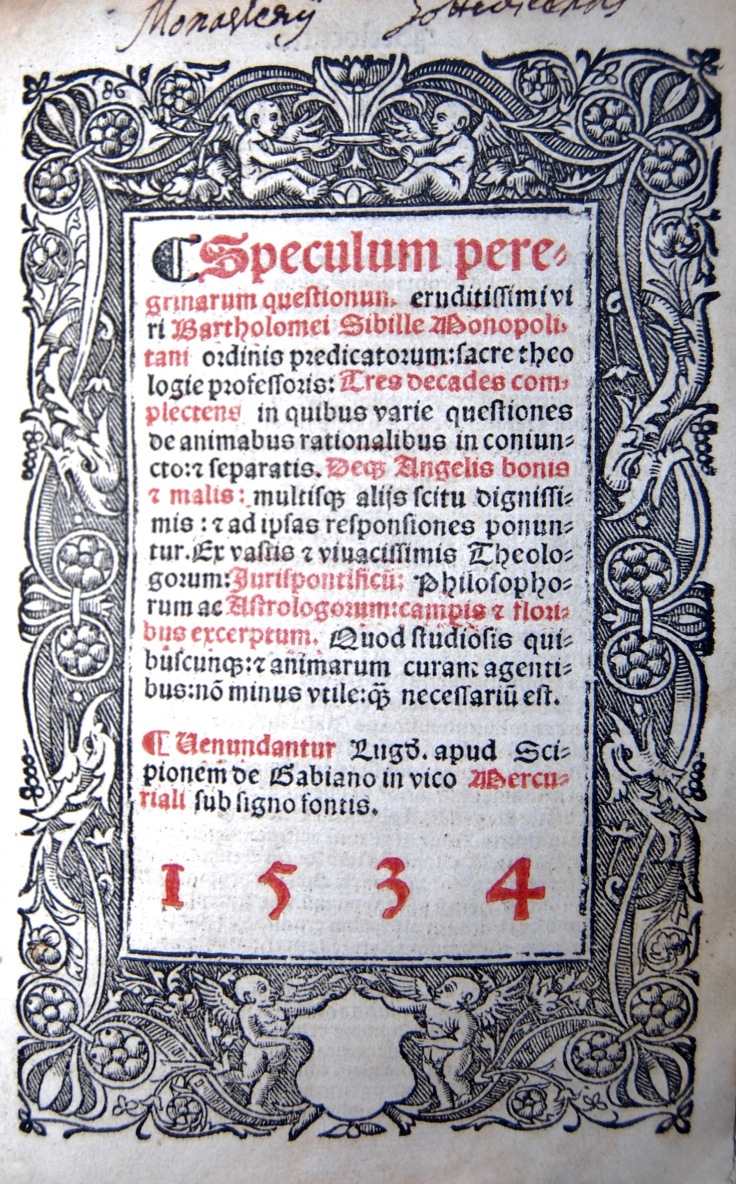 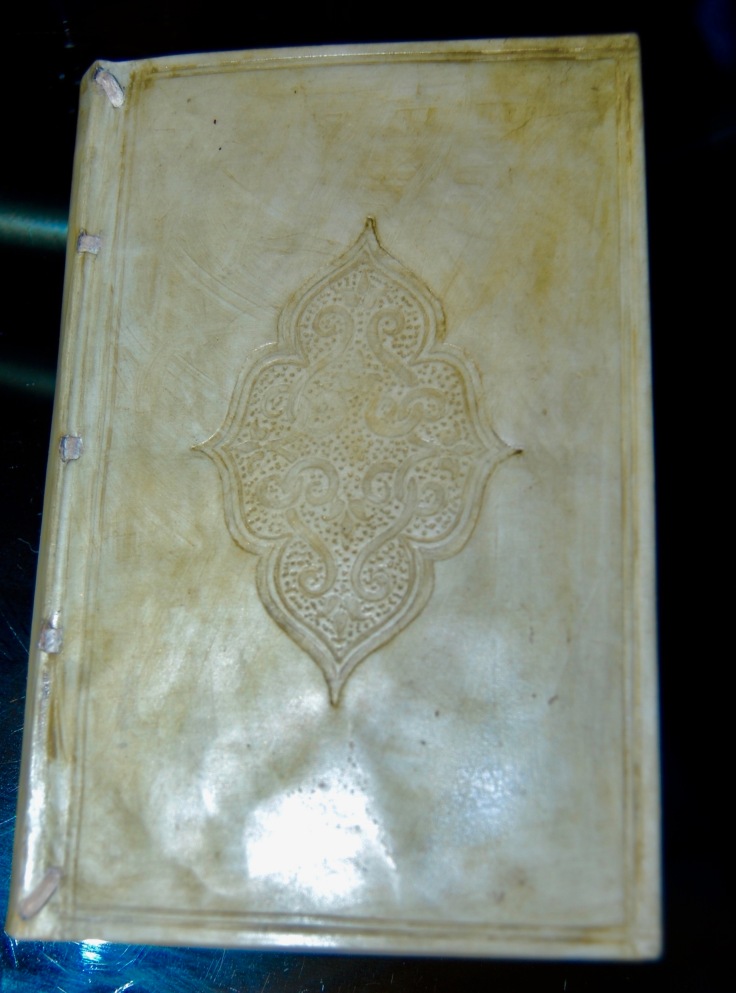 Bartholomew Sibylla (†1493) studied at Bologna and Ferrara. He became the Prior of the Dominican convent in Monopoli near Bari. The Speculum peregrinarum is Bartholomew’s major writing. The text is ordered mystically into three parts, or “decades,” of ten chapters each. The first decade contains questions concerning the origin and immortality of the human soul, hell, limbo, purgatory, the Elysian fields, paradise, the beatitudes, etc.; the second decade contains questions concerning the good angels, their esse et essentia, knowledge, powers and attributes; the third decade treats likewise the powers, etc., of evil angels. In form and substance, this work unites a rather Joachimite rhetorical disposition with popular devotion concerning the last things and Scholastic questions. The third decade is on demonology, astrology, divination, and ghosts. Sibylla also discusses herbs, charms and written words as symbols, and authors he cites are Hermes Trismegistus, Apuleius, Ptolemy, Seneca and Aulus Gellius. In his prefatory dedication to Alfonso of Aragon, he makes particular reference to the magnificent library of Alfonso’s father, Ferdinand.   (The Devil’s Tabernacle: The Pagan Oracles in Early Modern Thought Anthony Ossa-Richardson Princeton University Press, 2013)

This work is quoted quite early in english literature as well:

“ Thus far the Arrogonian named Bartholomew Sibylla a Monopolitane, who writ upon this question being at Wittenberg, at the request of him that did set forth the Dutch coppy shews himself to be a good philosopher and no worse divine. But mark what follows, this is written according to men in faith: the Devil was out of the first streete of Coany when he was past this last period. For that Pythagorical opinion; if that were, this absurdity would follow: (I will speak plainly the rather to fit thy capacity) and if the soul should pass out of the dead into the living, then should mortality be the cause of the souls immortality, (this is prettily spoken) and by that means make it corruptible, which cannot be. And seest thou Wagner? for I will teach thee by demonstrations, and therewith he took a coal of fire and held it to him so long that it came to be but a coal: now thou seest Wagner, that so long as fire was in this subject it had life, but the quality being removed from the quantity, neither is the quality found or seen or known whither it vanisheth, nor can the same fire, though fire, return into another body or subject, albeit the quantity remaineth”. “Historie of the damnable life, and deserved death of Doctor John Faustus 1592 (STC (2nd ed.), 10711)