The meditations, soliloquia, and manuall of the glorious doctour S. Augustine. Newly translated into English. 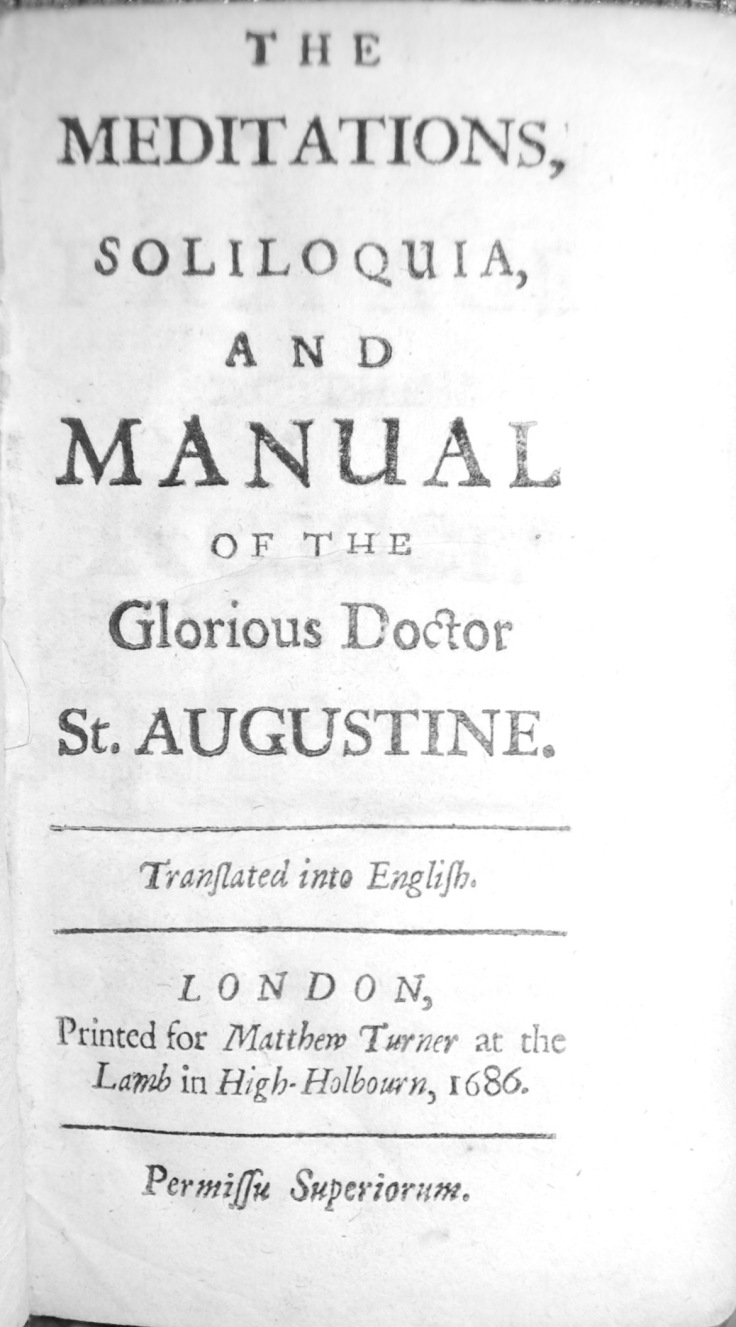 John Floyd was an English Jesuit, known as a controversialist. He was known both as a preacher and teacher, and was frequently arrested in England. He was born in Cambridgeshire in 1572. After studying in the school of the English Jesuits at Eu, Normandy, he was admitted in1588 to the English College, Reims, where he studied humanities and philosophy. Next he went to the English College, Rome, admitted there 9 October 1590, and joined the Society of Jesus on 1 November 1592. On 18 August 1593 Floyd received minor orders at Reims or Douai, and on the 22nd of the same month he was sent back to the English College at Rome with nine companions, where he taught philosophy and theology, and became known as a preacher. In 1609 he became a professed father of the Jesuit order. He worked for a long time on the English mission. In 1606, he was detained, and he was unable either by entreaties or bribes to escape Sir John Popham. After a year’s imprisonment he was sent into exile with forty-six other priests, and he spent four years in preaching at St. Omer and composing controversial works. Then he returned to England, where he was often captured, and frequently contrived to pay off the pursuivants. His last years were spent at Leuven, where he was professor of theology. He died suddenly at St. Omer on 15 September 1649.