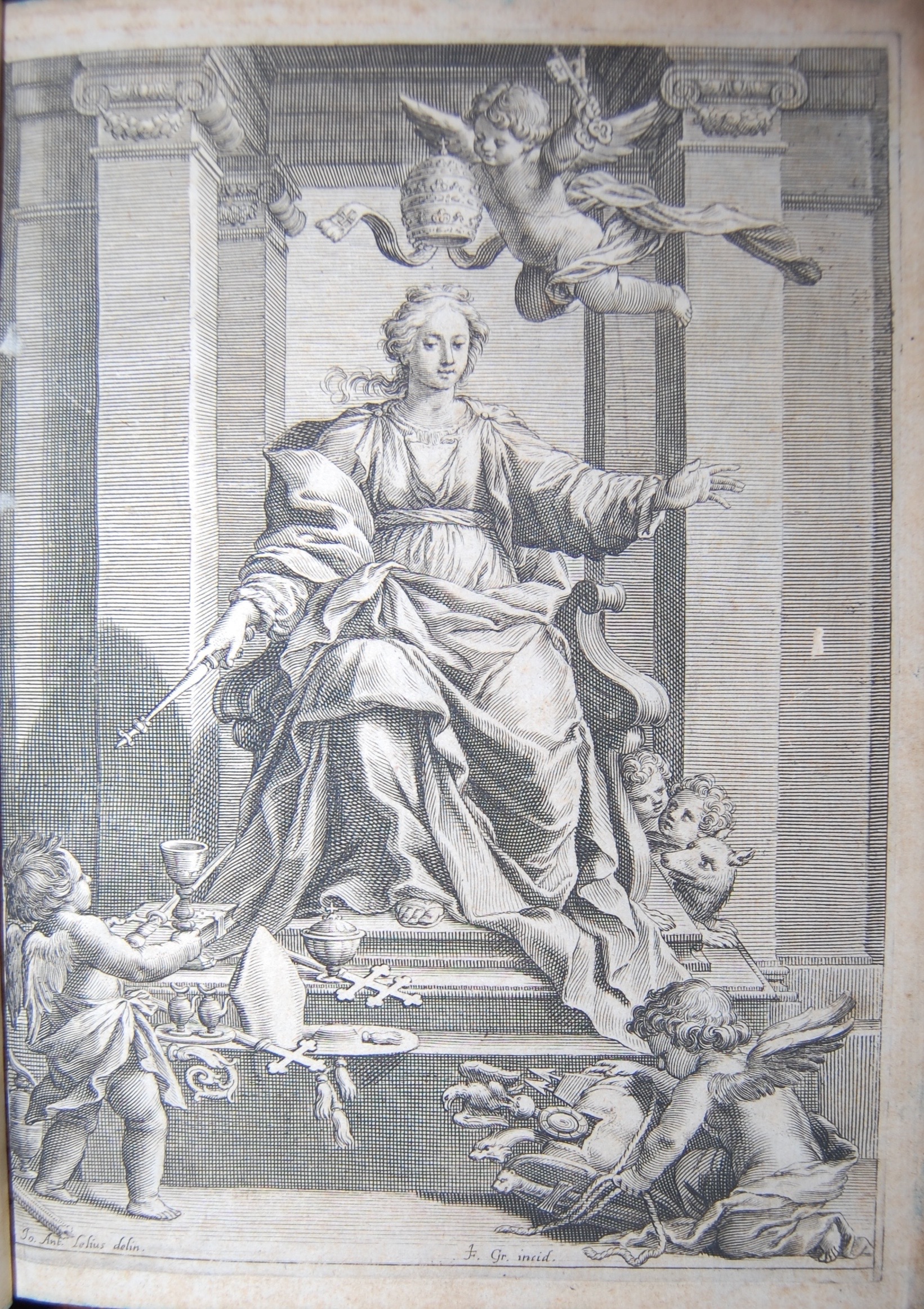 This copy is bound in neat quater vellum over marbled boards. Roma vetus ac recens, by Alessandro Donati, S.J. , was first published in 1638 (Romae: Ex typographia Manelphi Manelphii). Its four books provide a topographical and architectural study of the ancient city and conclude with a select guide to Christian constructions from Constantine to Sixtus V. ” Donati resided in Rome as a teacher and administrator in the Collegio Romano for most of his adult life.      His Roma vetus ac recens is an example of the growing sophistication of

topographical studies of antiquity during the seventeenth century, a period long dismissed as an intellectually static time between the early achievements of Renaissance humanism in the fifteenth century and the beginnings of scientific archaeology in the eighteenth. Book One covers the foundation of the city, its shape, growth, extent, walls, gates, roads, and gives a general overview of construction and repair from Romulus to Justinian. It is a discrete portion of the whole work which both illustrates Donati’s methods and aims on very specific topics and summarizes his views on the whole history of ancient Rome as a built environment. The book concludes with a chapter on Donati’s general conclusions based on his comparison of ancient Rome and the modern Baroque Rome of Urban VIII. DeBacker-Sommervogel vol. III col 132 no14 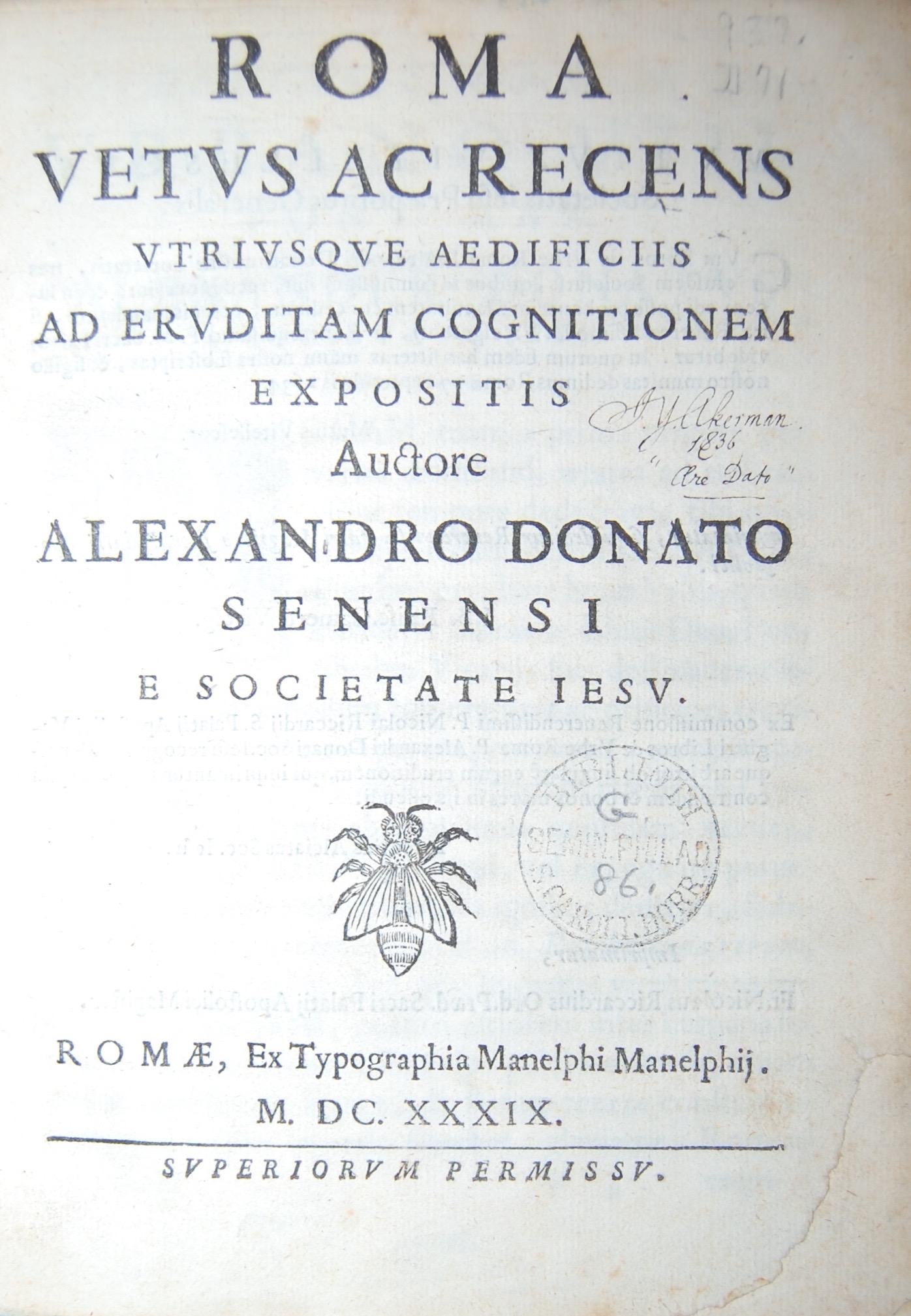 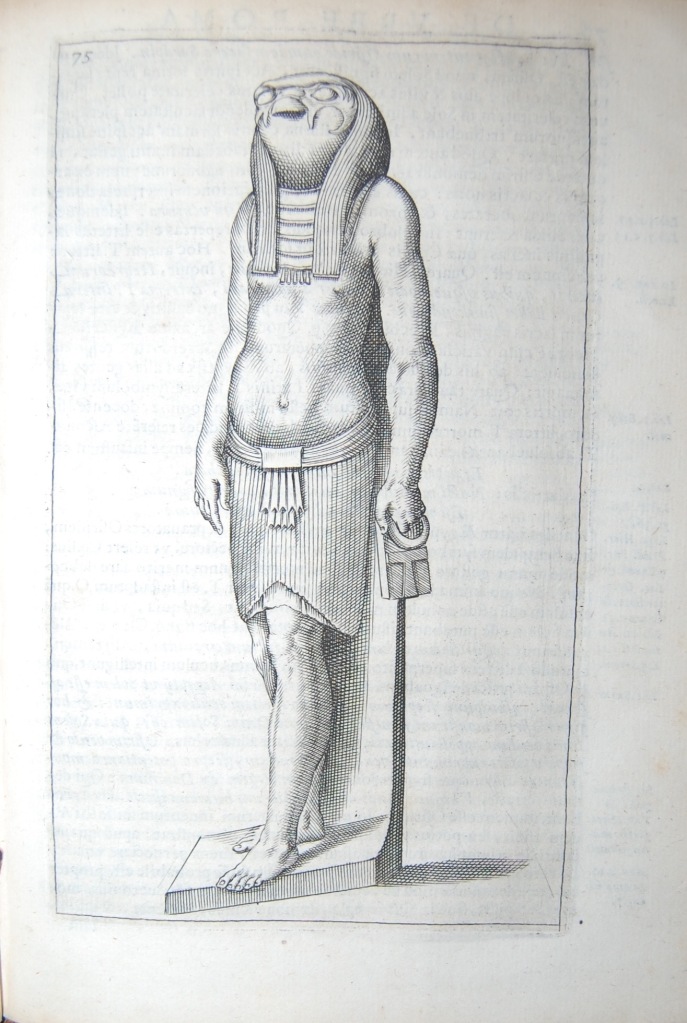 Born to a noble Sienese family, Donati moved to Rome in 1600 to enter the Collegio Romano where he took orders as a Jesuit, professing in 1617. He taught rhetoric there, and then became prefect of the school of humanities. He wrote a three-volume work of Latin poetry dedicated to Cardinal Francesco Barberini in 1625 with an introductory ode about the Barberini arms. He published the first edition of his Roma vetus ac recens utriusque aedificiis ad erudite

cognitionem espositis in 1638, with further editions in 1639 and a second, corrected edition in 1648 and 1662, a third (ultima) edition following in 1725 from the de Rubeijs brothers in Rome. Eventually the plates for that book were printed in Amsterdam in 1695 with a new frontispiece loosely based on the one originally designed by Giovanni Antonio Lelli and etched by J.F. Greuter, and as we see from the edition included on this site, were also used later (without the frontispiece) to illustrate the travel diary of Ahmet Pasa, Antiquités Romaines expliquées dans les memoires de comte de B**, * printed in the Hague in 1750.

Aside from poetry, Donati wrote plays, and a three-volume ‘Ars poetica,, dedicated to Alfonso Della Valle. 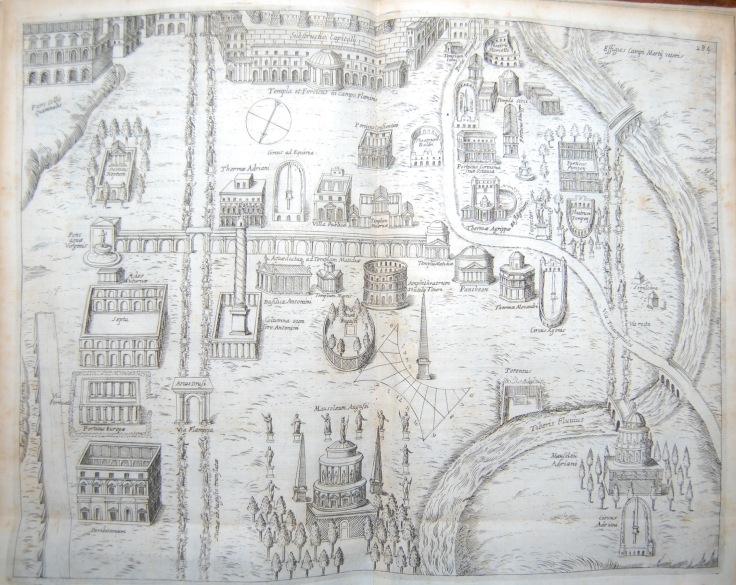 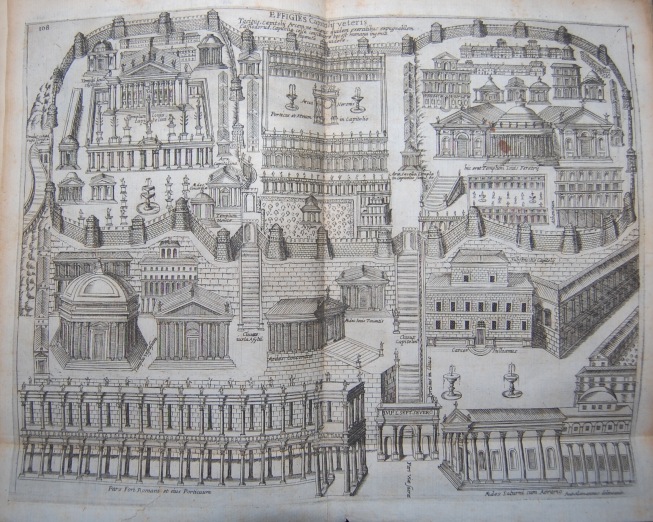