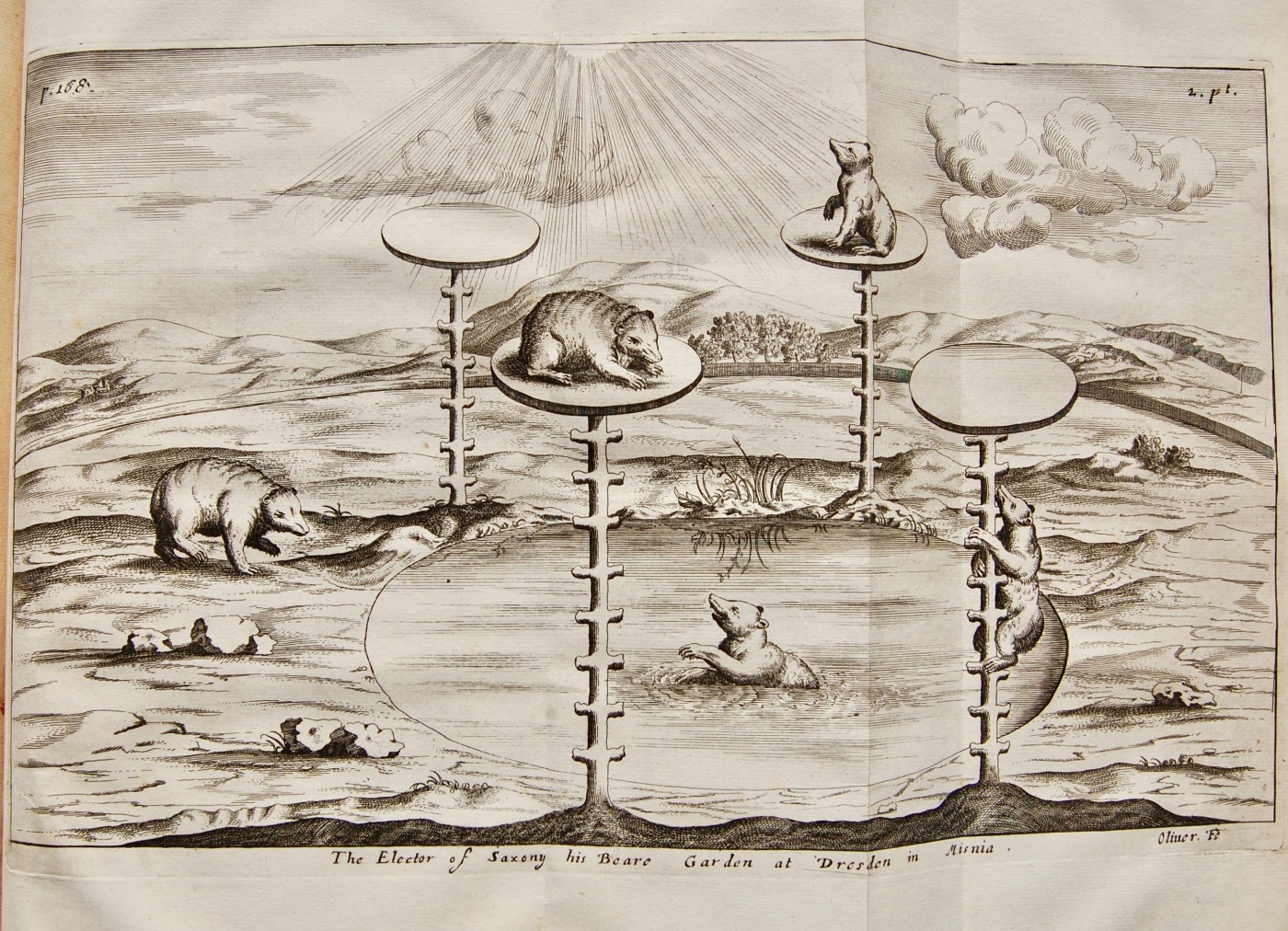 A Brief Account Of Some of Europe, Viz. Hungaria, Servia, Bulgaria, Macedonia, Thessaly, } { Austria, Styria, Carinthia, Carniola, and Friuli. Through a great part of Germany, And The Low-Countries. Through Marca Trevisana, and Lombardy on both sides the Po. With some Observations on the Gold, Silver, Copper, Quick-silver Mines, and the Baths and Mineral Waters in those Parts. As Also, The Description of many Antiquities, Habits, Fortifications and Remarkable Places. The Second Edition with many Additions. By Edward Brown, M.D.

London: Printed for Benj. Tooke, at the Sign of the Ship in St. Paul’s Church-yard, 1685 $SOLD

illustrations, and eight folding engravings, for a total of twenty-four fascinating images. It is bound in Beautiful full contemporary calf  with the spine gilt in compartments with red morocco label, a little soiled and browned, mostly to text, slight

worming to upper outer corner, small hole to O3 with loss of a couple of letters, plate opposite p.147 defective with loss to upper edge, Feltrinelli copy with bookplate.

Originally published in 1673 as: A brief account of some travels in Hungaria, Servia, Bulgaria, Macedonia, Thessaly, Austria, Styria, Carinthia, Carniola, and Friuli.

“Edward Browne, physician, was the eldest son of Sir Thomas Browne of Norwich. […] He graduated M.B. from Cambridge in 1663, and returned to Norwich. A journal of this period of his life is extant, and gives an amusing picture of his diversions and occupations, and of life in Norwich. Browne often went to dances at the duke’s palace, admired the gems preserved there, and learnt to play ombre from the duke’s brother. He dissected nearly every day, sometimes a dog, sometimes a monkey, a calf’s leg, a turkey’s heart. He studied botany, read medicine and literature and theology in his father’s library, and saw at least one patient. [Browne then departed for

London where he attended Dr. Terne’s lectures (Browne’s notes are extant in the British Museum) and married Dr. Terne’s daughter.] He went to Italy and came home through France, and it is by his description of this and of several subsequent journeys that he is best known. In 1668 he sailed to Rotterdam from Yarmouth and went to Leyden, Amsterdam, and Utrecht, visiting museums, libraries, and churches, attending lectures, and conversing with the learned. He went on to Antwerp, and ended his journey at Cologne on 10 Oct. 1668. His next journey was to Vienna, where he made friends with the imperial librarian Lambecius, and enjoyed many excursions and much learned conversation. He seems to have studied Greek colloquially, and brought back letters from a learned Greek in his own tongue to Dr. Pearson, the bishop of Chester, and to Dr. Barrow, the master of Trinity. From Vienna Browne made three long journeys, one to the mines of Hungary, one into Thessaly, and one into Styria and Carinthia. Wherever he went he observed all objects natural and historical, as well as everything bearing on his profession. He sketched in a stiff manner, and some of his drawings are preserved. At Buda he came into the oriental world, and at Larissa he saw the Grand Seigneur. Here he studied Greek remains, and followed in imagination the practice of Hippocrates. He returned to England in 1669, but made one more tour in 1673 in company with Sir Joseph Williamson, Sir Leoline Jenkins, and Lord Peterborough. He visited Cologne, Aix-la-Chapelle, Liège, Louvain, Ghent, Bruges, and other towns of the Low Countries, and saw all that was to be seen. […] In 1685 a collection of all of his travels [was published] in one folio volume.” (DNB) (This Book) 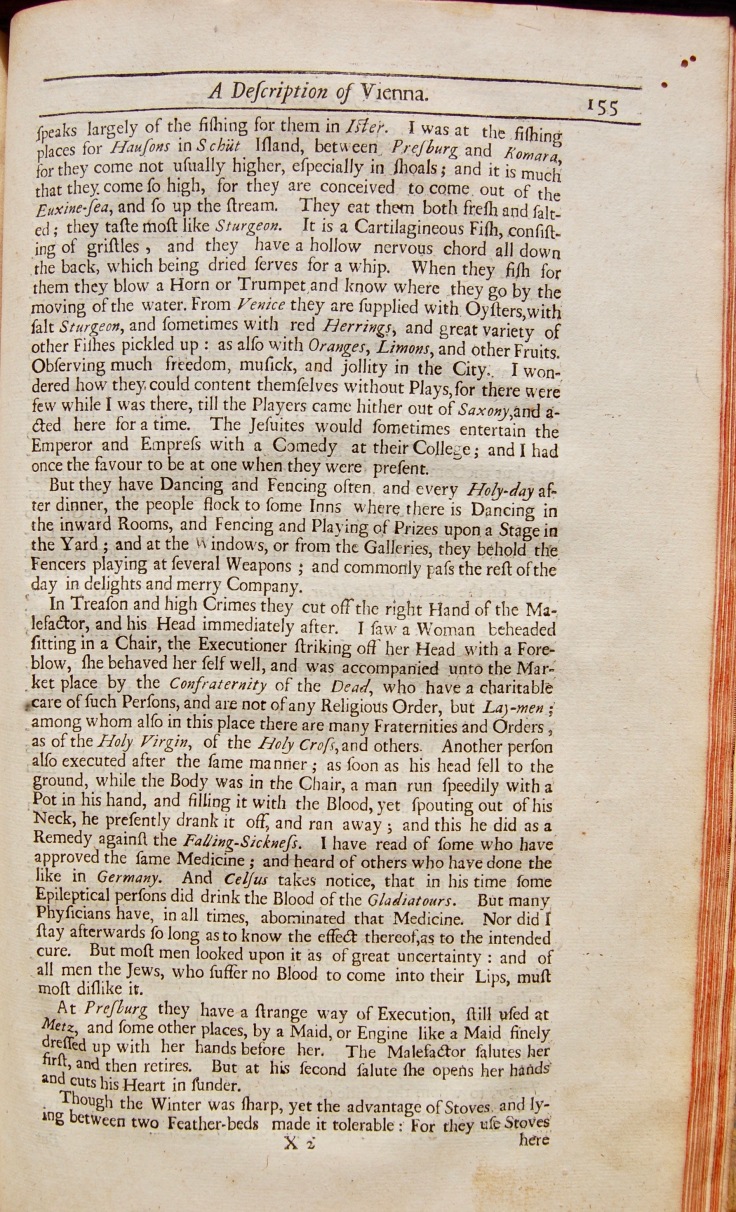 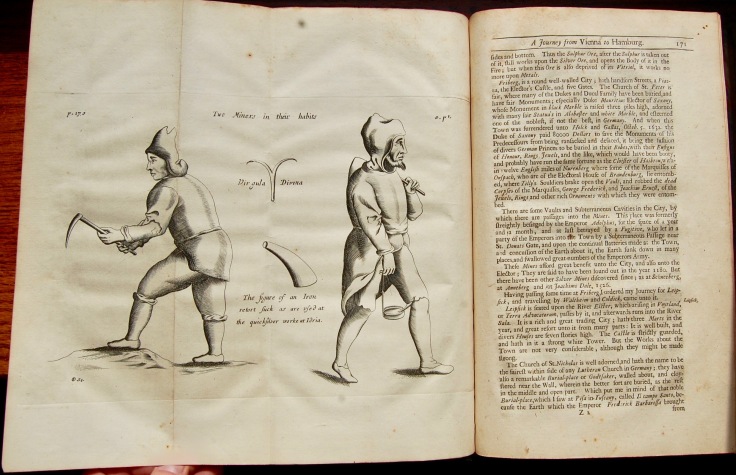 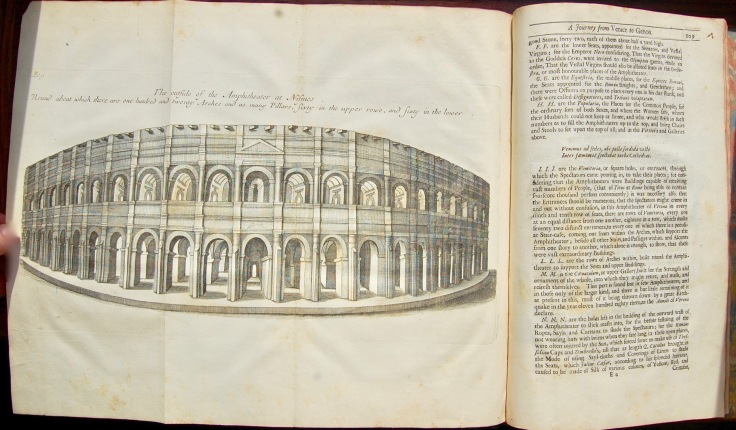