155G Book of Hours in Dutch

This morning I have taken a short break from 349G and decided to post a very interesting and early Dutch Book of Hours from my stock.  The provenance and the completeness of this book make it quite desirable.  This book dates from the Early (first quarter) of the fifteenth century.  While quite a humble book it is also quite stunning.

There are six major initials and over 30 two to 4 line initials and numerous red and blue This manuscript is bound in sixteenth century full calf. Contents: Fol. 1r-12v Calendar of the Diocese of Utrecht (one leaf,2 pp., per month) Fol. 13r Blank Fol. 13v Prayer in the same hand that wrote the notes on fol. 243, in a corse Hybrida libris hand, written around a 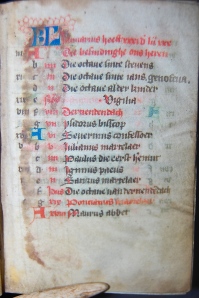 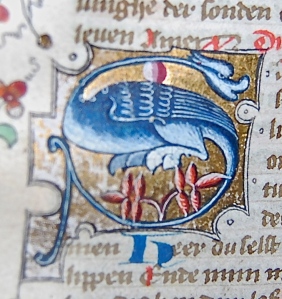 pink Highlighted with white on burnished gold with blue stems and blue and white dots. The margin is decorated with foliage with red,white and gold trifolds. Written in a clear Textualis Libraria. Illumination: At the begining of each of the six sections of the text (Five Hours and Seven penitential Psalms and the Vigile): Five decorated and historiated (with a griffin) initals (5-7 lines), blue or pink,heightened with white and with blue or pink stems, most have characteristic dots (see below). The marginal decoration is also very characteristic with spaces of burnished gold with red and blue stems with the same white dots or foliage or trifolds; with two animals in the margin; a dragon (a so-called Utrecht-Dragon characteristic for manuscript illumination from Utrecht. in the right margin of fol.14r, and a crane in the left margin of fol.117v. There are alternating blue and red lombasrds (some duplex) with contrasting red and blue pen work sprouting into the margins. 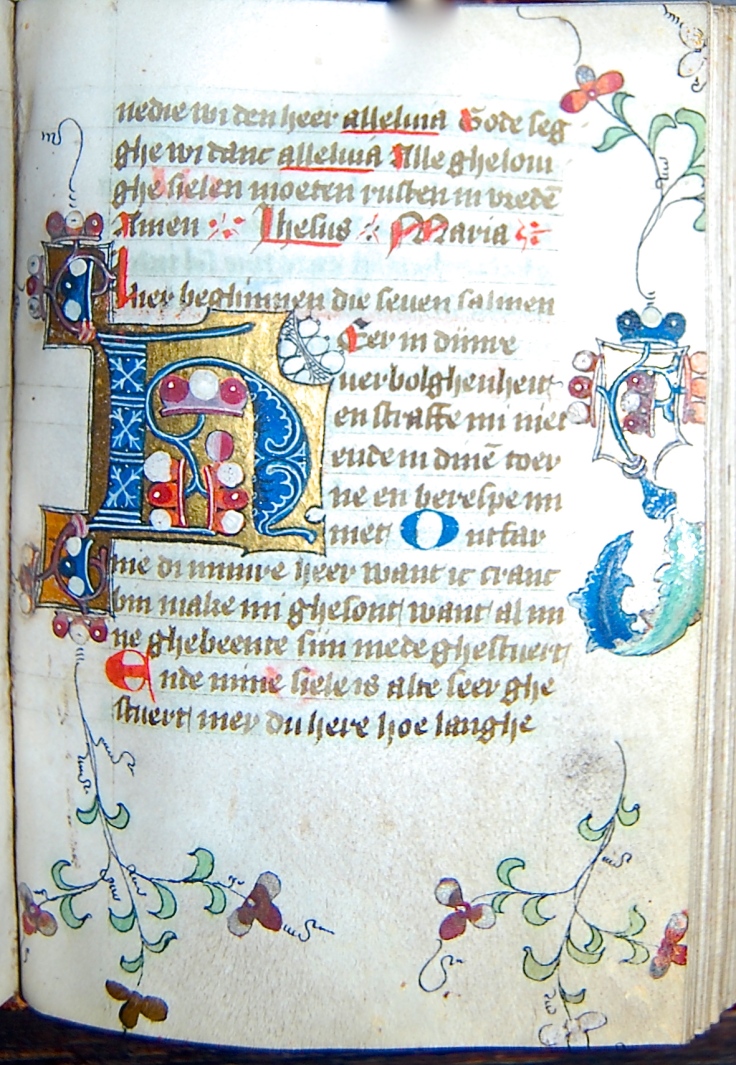 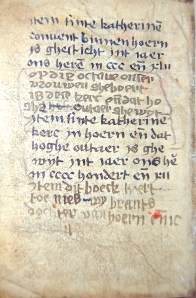 The Catharina monastery (convent) was founded in the middle of the fourteenth century. The convent existed until the St. Catharina monastery was demolished in 1528 to make way for the castle Vredenburg. One of the city gates was named after this monastery; the municipality of Catharijne was on the outside of this gate.  The remaining sisters joined the St. Geerten monastery. According to Velius, the historiographer of Hoorn, the Catharijne convent was the wealthiest monastery in Hoorn. 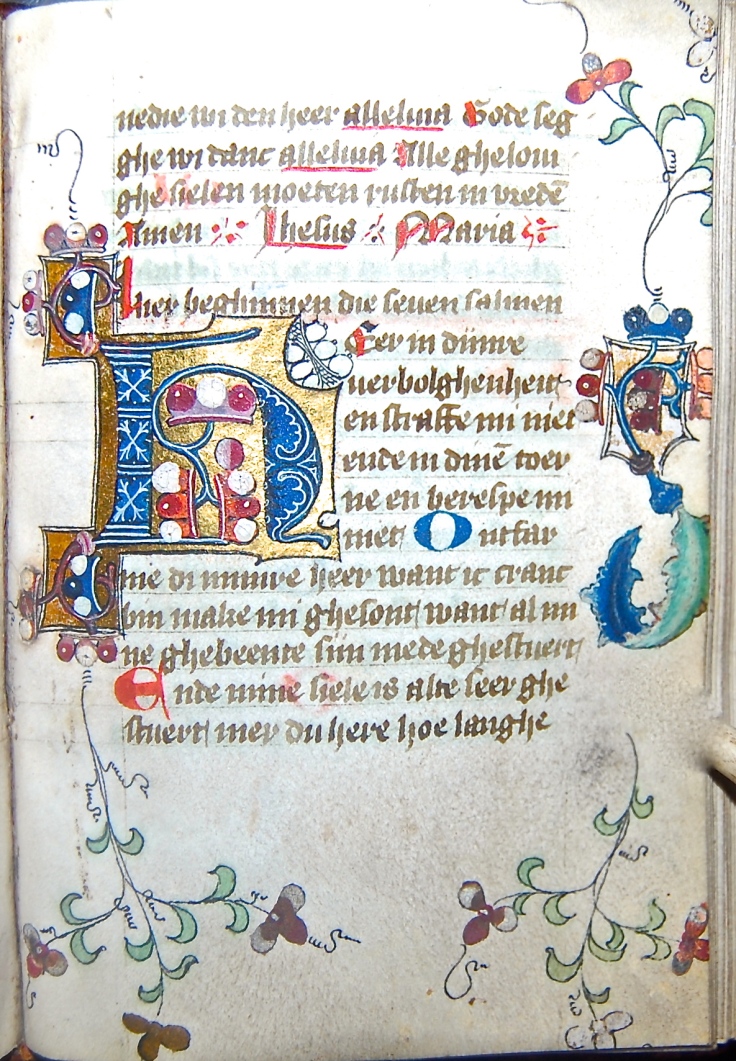