AN Early Book Class in one book! 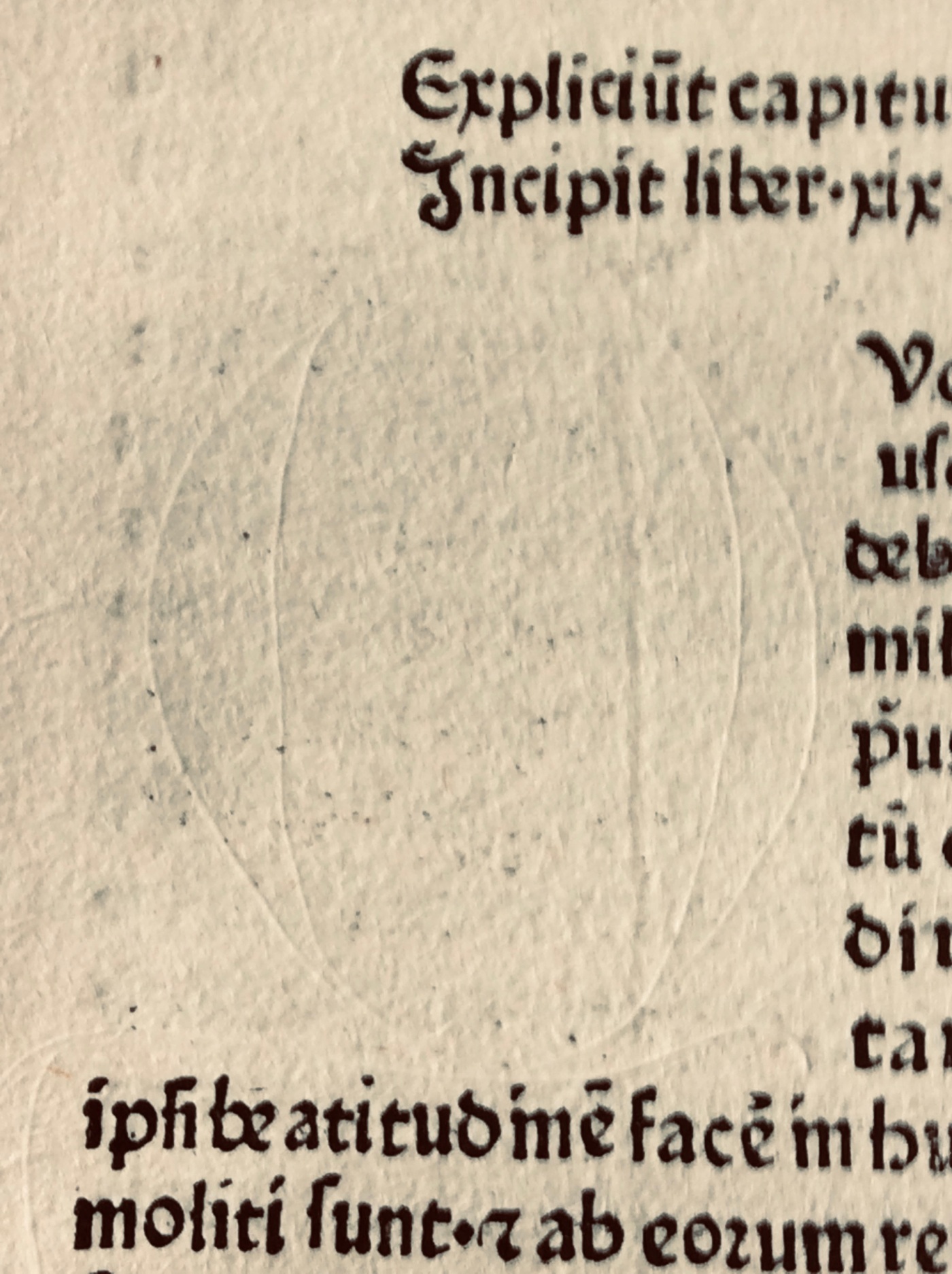 With tooling signed by Nicolaus Seman of Erfurt

& I’m sure I missed something..
James

This is the first Basel printing of The City of God by Augustine with the commentary by Thomas Waleys and Nicolaus Trivet . ¶ Michael Wenssler was born in Strasbourg, moved to Basel at an early age and quickly became a prominent typographer and printer. His earliest work, is dated to 1472 and was one of the first books printed in Basel. Wenssler stayed in Basel until 1491. Wenssler and Richel collaborated on this printing project using a type font they jointly owned.

¶The City of God is St. Augustine’s fifth century response to assertions that Christianity had caused the decline of Rome.
De civitate Dei contra paganos is divided into 22 books. The first 10 refute the claims to divine power of various pagan communities. The last 12 retell the biblical story of mankind from Genesis to the Last Judgment, offering what Augustine presents as the true history of the City of God against which, and only against which, the history of the City of Man, including the history of Rome, can be properly understood. This Book remains impressive as a whole and fascinating in its parts. The stinging attack on paganism in the first books is memorable and effective, the encounter with Platonism in books 8-10 is of great philosophical significance, and the last books (especially book 19, with a vision of true peace) offer a view of human destiny that would be widely persuasive for at least a thousand years. In a way, Augustine’s City of God is (even consciously) the Christian rejoinder to Plato’s Republic and Cicero’s imitation of Plato, his own Republic. City of God would be read in various ways throughout the Middle Ages, at some points virtually as a founding document for a political order of kings and popes that Augustine could hardly have imagined. At its heart is a powerful contrarian vision of human life, one which accepts the place of disaster, death, and disappointment while holding out hope of a better life to come, a hope that in turn eases and gives direction to life in this world. Augustine is remarkable for what he did, more than five million words of his writings survive, virtually all displaying the strength and sharpness of his mind and some possessing the rare power to attract and hold the attention of readers in both his day and ours. His distinctive theological style shaped Latin Christianity in a way surpassed only by scripture itself.” (Encyclopedia Britannica 11th edition)

“Augustine’s complicated personal journey has enriched his thought with a large number of themes and starting points, which may not have found a definitive systematic placement but precisely for this reason exercise all the greater a fascination upon those periods that, like the present, shun naively integral constructions. A schoolteacher, he was brought up on texts of the classical period, and from these he got to know the best products of Greek and Latin culture.” (Gian Biagio Conte).

this is Image is an unfinished outline for the Lombard Initial Q, an illuminator has dry pointed an outline, which continues below the photo, I feel it is uncommon as I haven’t had a book with one of these before.

Here is a hand supplied Maiblumen initial, which shows a relaxed and complicated style. There are a couple of other initials supplied like this, as well as a few filled with faces, and a coat of arms on the first leaf.

Some of Nicholas Seman’s tools.