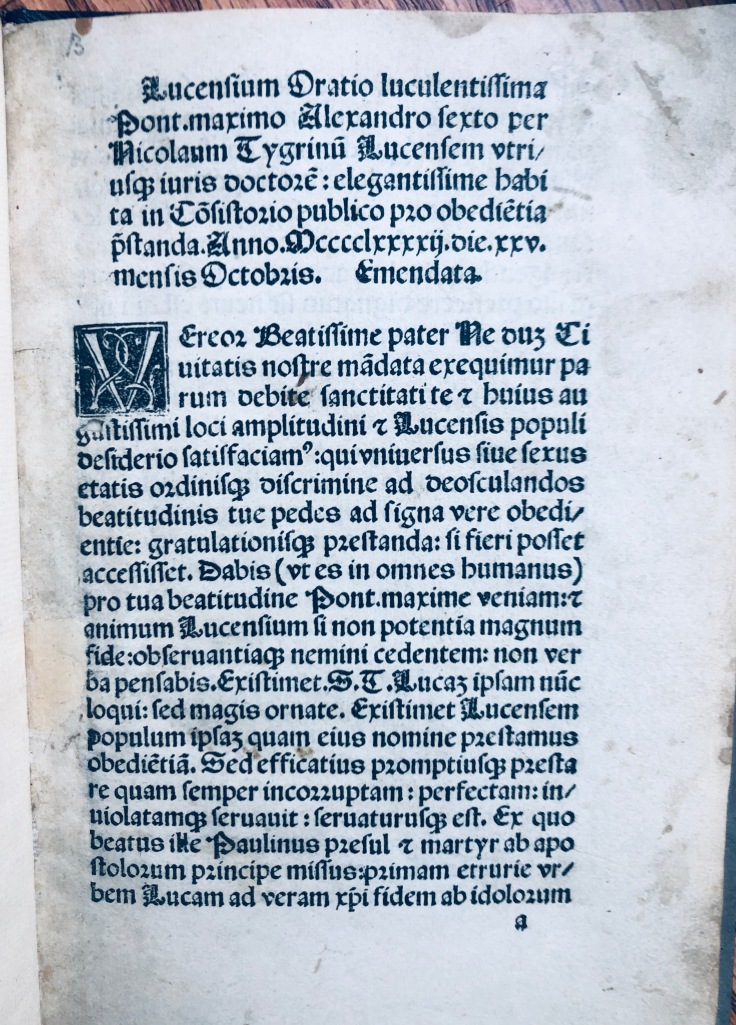 This rare and short Oration is a tribute of the City Of Lucca to the election of Pope Alexander VI. This is one of three almost simultaneously published prints of this on October 25, 1492 before the newly elected Borgia Pope Alexander VI. held  this speech. –

“”This was the typical ‘Oratio’ – in the style of the times, both florid and unctous – which extolled the virtues of the Pope, traits which subsequent events failed to confirm!”” (Bühler) According to Buhler’s study, The Freitag printing was preceded by the editions of  Stephan Planck (in Roman type) , whose corrections  Freitag employed in his edition.

Tygrinus From Lucca. Jurist, he graduated in Bologna in 1472; then he worked as a diplomatic for the City government of Lucca, for the Duke of Milan and for the Pope (Julius II), who named him Governor of Bologna.  In 1514 he retired from public activities to become a religious, archdeacon of the Cathedral in Lucca.