“Thus, all Philosophy is like a tree, of which Metaphysics is the root, Physics the trunk, and all the other sciences the branches that grow out of this trunk, which are reduced to three principals, namely, Medicine, Mechanics, and Ethics. By the science of Morals, I understand the highest and most perfect which, presupposing an entire knowledge of the other sciences, is the last degree of wisdom.” 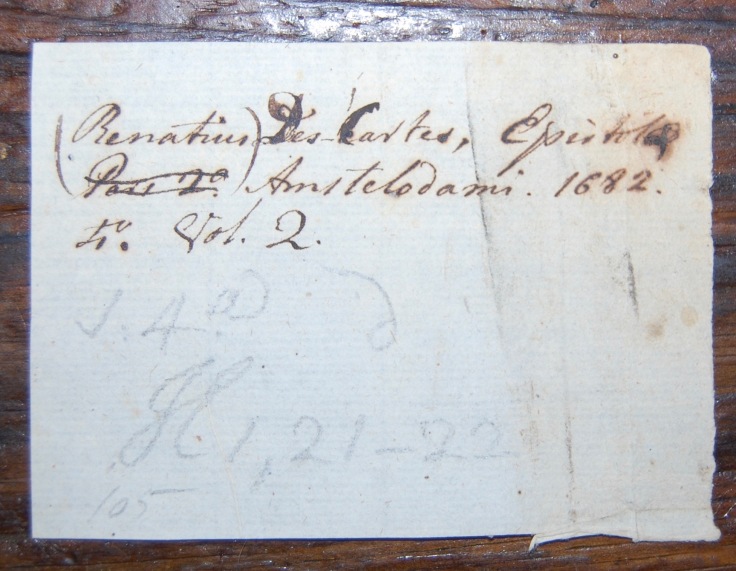 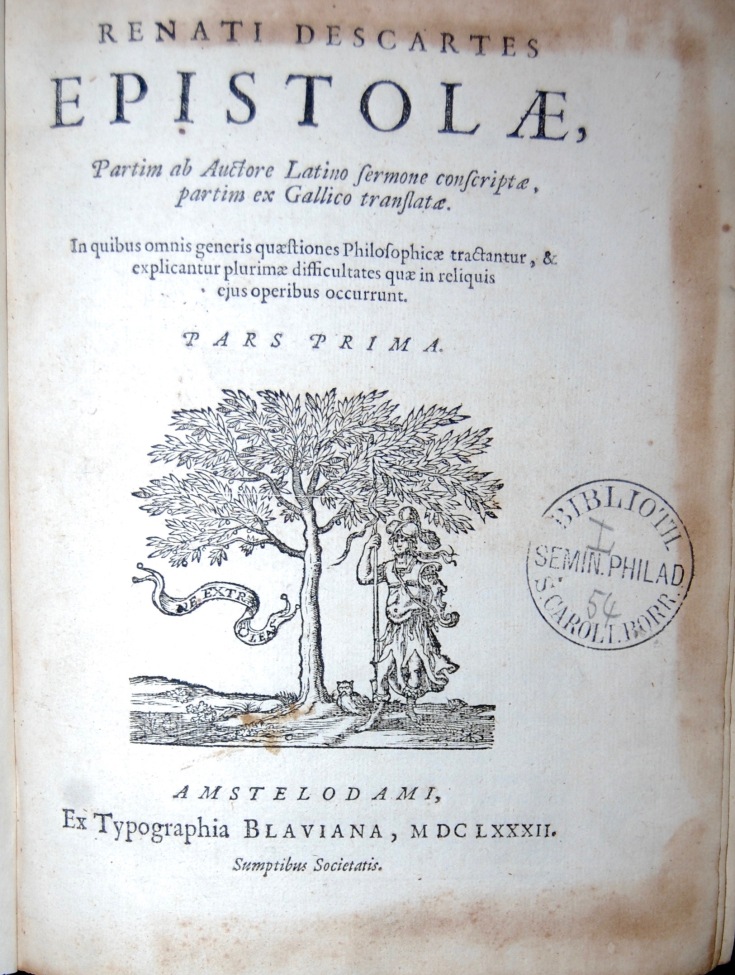 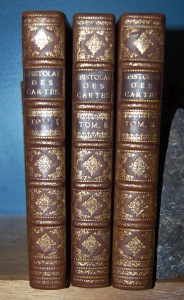 These copies are bound in modern full calf with gilt spine

First latin edition. The is edited by Claude Clerklier, with portions translated by Johannes de Raei .

“Claude Clerselier gathered these letters from the minutes their author had himself made and archived through his so many travels, showing there the very importance he had for them, like a 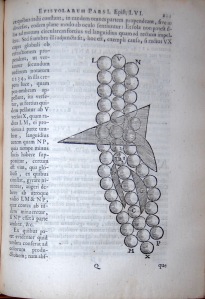 custodian of his ideas, a file of his discoveries” (Jean-Robert Armogathe).
“During several years, from 1642 to the end of 1649, René Descartes (1596-1650) exchanged a regular correspondence with Princess Elisabeth, daughter of Frederick V, elector palatine and king of Bohemia. She was a very cultivated woman and especially keen about the mathematical sciences; she had read with deep interest and admiration his ‘Méditations métaphysiques’. […] This friendship was to last until Descartes’ death. He writes again from Sweden, praising the Queen Kristin (October 1649). It’s his last letter; Descartes died in February 1650. This correspondence is 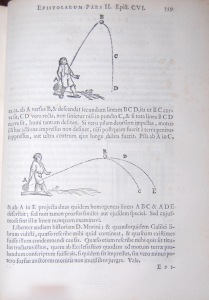 extremely interesting ; because, after questions from his interlocutor, Descartes finds himself amiable to rethink some problems and to give a clearer and more complete description than in his works; but mostly, this is the only direct document presenting him in his intimacy and, within it, the man and not only the philosopher anymore. We learn he had planned to write a Treatise on erudition; we also win interesting details about his life, entirely secluded and dedicated to studying and mostly to meditation, that he led in Holland, and about the few months he spent at the Queen of Sweden’s court.” (Dictionnaire des Œuvres, IV, 138-139).

These letters contain the author’s physical and mathematical correspondence with Hobbes, Fermat, Mersenne, Roberval, the Cambridge Platonist Henry More, and several others, with many mathematical papers of Fermat that did not appear in his Opera Varia. 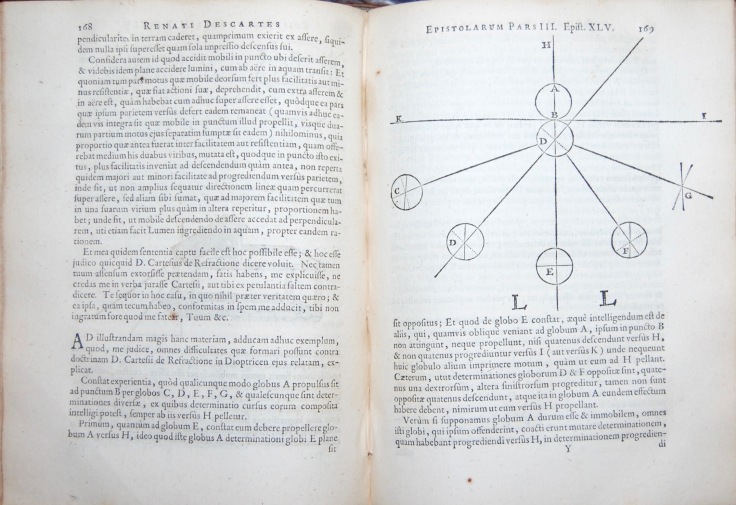 For Descartes Philosophy was not a solitary or academic endeavor. His early  years adulthood was spent as a soldier, leaving the army in 1619. After a lacuna he turns up in 1625 in Paris, “his notes revealing that he was in contact with Father Marin Mersenne (1588–1648), a member of the Order of Minims. This relationship would prompt Descartes to make public his thoughts on natural philosophy (science). It is by way of Mersenne that Descartes’ work would find its way into the hands of some of the best minds living in Paris–for instance, Antoine Arnold (1612–1694), Pierre Gassed (1592–1655), and Thomas Hobbes (1588–1679). Already before any published work Descartes has made contact with his current intellectual community. Descartes seemed to travel to where he could find interest in his Ideas. 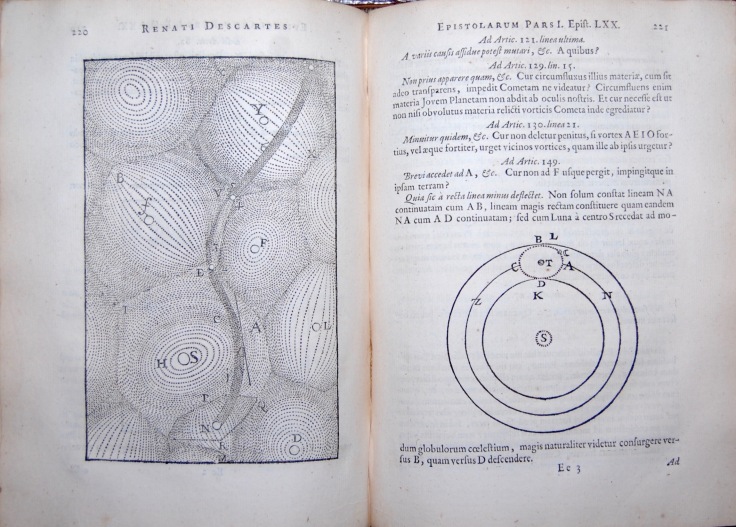 Around 1635, at the University of Utrecht, Henries Reneri  began teaching “Cartesian” physics.  In 1636 Reneri acquired an official chair in Philosophy at the University of Utrecht, and continued to build a following of students interested in Cartesian science. Around March of 1636, at the age of forty, Descartes moved to Leiden to work out the publishing of the Discourse. And, in 1637 it is published. “The Discourse is important for many reasons. For instance, it tells us what Descartes himself seems to have thought of his early education, and in particular, his early exposure to mathematics. Roger Ariew suggests that these reflections are not so much those of the historical Descartes, as much as they are those of a persona Descartes adopts in telling the story of the Discourse (Ariew, pp. 58–63). Uncontested, 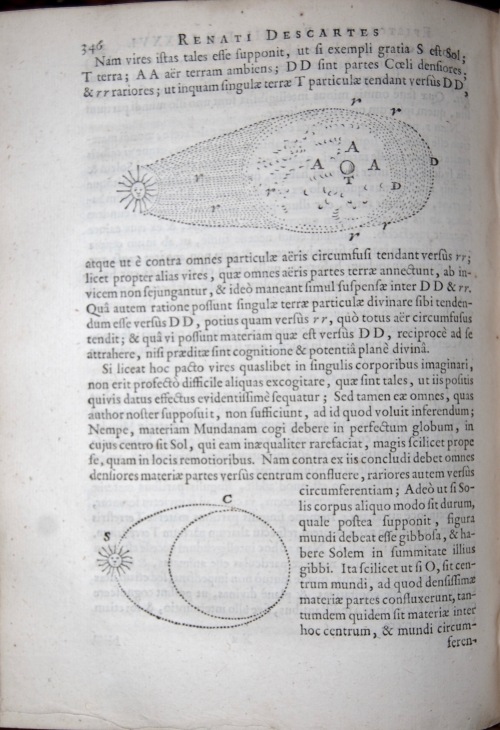 however, is the view that the Discourse sketches out the metaphysical underpinnings of the Cartesian system. And, as a bonus, it has three works that are attached to it that are apparently added so as to exemplify the method of inquiry it develops (though admittedly it is unclear how the method is applied in these essays). The attached essays are the Optics, the Meteorology, and Le Geometrie (the Geometry). As was suggested earlier, the Optics and Meteorology were very likely versions of works originally intended for The World.” (Smith, Kurt, “Descartes’ Life and Works”, The Stanford Encyclopedia of Philosophy (Winter 2014 Edition), Edward N. Zalta (ed.), URL = .)

Descartes relied more or as much as any of his contemporaries in epistolary communications to expound his theories, and he was quite successful in this dissemination . Both his Method and endeavor was truly MODERN.  In this collection of letters, Descartes not only do we see descartes’ thinking but how hard he worked to spread these ideas. 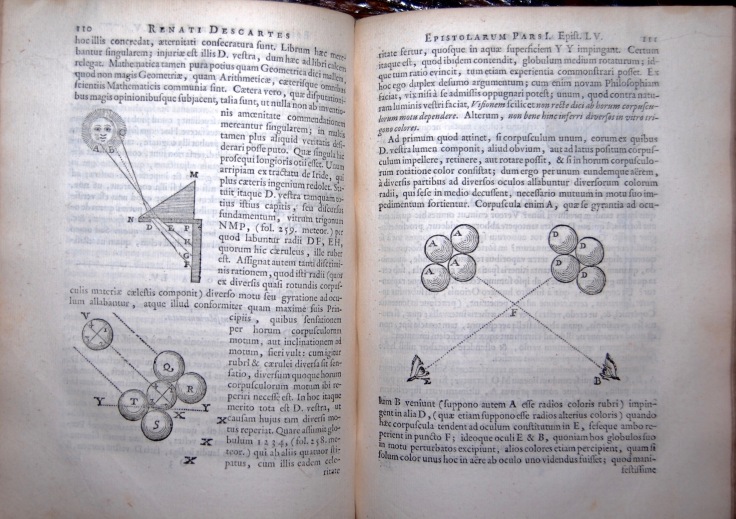