This book is by far the most ‘complete’ book I have encountered, by complete, I mean a book which addresses EVERYTHING. Like Burton’s Anatonomy of Melancholy , this book is a polymathamatic tour de force, bringing together the liberal arts and the hard sciences.

The feminin monarchi , or the histori of bee s. Shewing their admirable natur , and propertis; their generation and colonis; their government, loyalti, art, industri; enimi s, vvars, magnanimiti, &c. Together with the right orderings of them from tim t tim : and the sweet profit arising there of. Written out of experienc by Charls Butler, Magd. 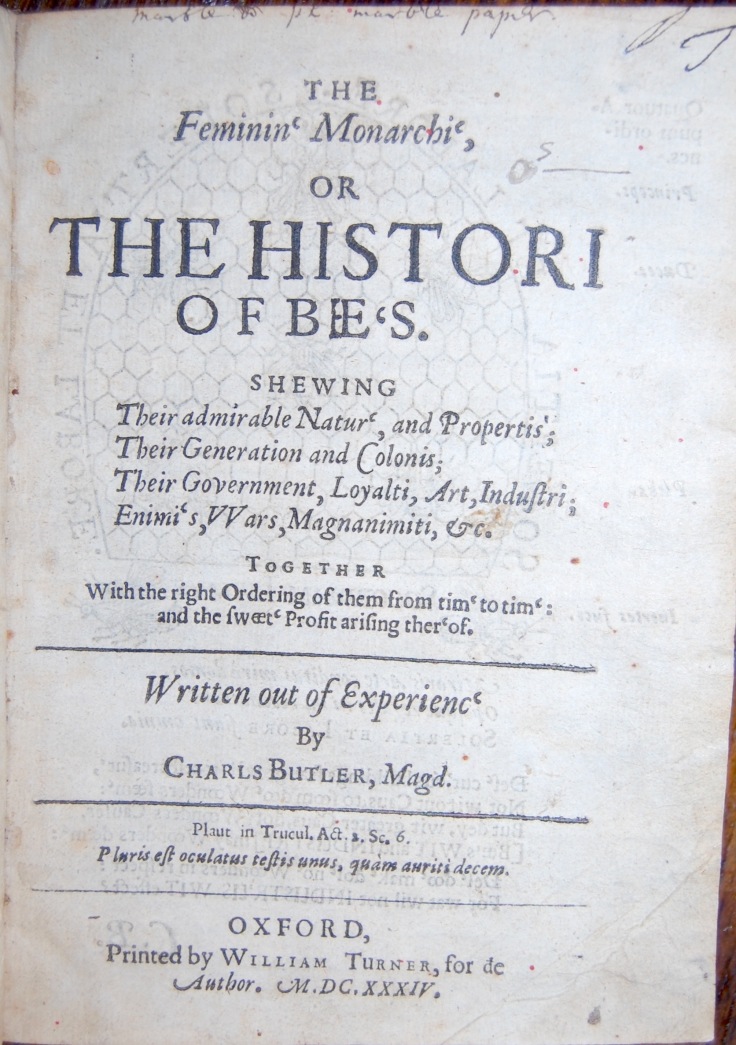 Quarto ¶-¶¶ B-Z 2A . Third Edition (the first in this font!) Bound in full contemporary calf with crude repairs to the joints about 100 years ago, it is a nice large copy.

While the subject matter is without a doubt the care and culture of Bees, Butlers work encompasses every bit of knowledge he could fit into the book and he does it almost seamlessly.

Butler wrote of the bees: ‘In their labour and order at home and abroad they are so admirable that they may be a pattern unto men both of one and of the other’

Butler was born into a poor family in Buckinghamshire, South East England, but was admitted to Oxford as a working student with scholastic scholarships. He remained at Oxford ten years, probably teaching, and graduating with his Master of Arts in 1587. In 1593, Rev. Butler became Rector of Nately Scures in Hampshire, and later Master at the Holy Ghost School, Basingstoke. He resigned to accept a pastorage at Wootton St Lawrence in 1600 and served that rural post to his death in 1647.

Besides this book on Bees, Butler published four other books, His Book on Rhetoric was quite popular and went through more than 10 editions.

Here are the titles:

1633 The English grammar, or the institution of letters, syllables, and woords in the English tung. Wherʿunto is annexed an index of woords likʿ and unlikʿ. By Charls Butler, Magd. Master of Arts

1634 The principles of musik, in singing and setting: vvith the two-fold use therof, ecclesiasticall and civil. By Charles Butler Magd. Master of Arts.

As a Master of Rhetoric and Music you might expect that the book would be heavy with these and it is, but there is much more there is extrord

inary detailed observations nature, science and culture and to execute these observations and express them more efficiently Butler created  his own typography. Butler condemned the vagaries of traditional English spelling and proposed the adoption of a system whereby ‘men should write altogeđer according to đe sound now generally received’.

Butler made the first recorded observations about the generation of beeswax, which was previously thought to be gathered by honeybees from plant materials. He was not the first to describe the largest honeybee as a queen, rather than king – a distinction usually granted to Spaniard Luis Mendez de Torres for his 1586 observation, which was confirmed by Swammerdam’s later microscopic dissections. However, Butler popularized the notion with his classic book The Feminine Monarchie, 1609. Butler may have misinterpreted the queen’s function when he found queenless colonies sometimes develop eggs laid by “laying workers”, however there is no doubt he saw the queen as an Amazonian ruler of the hive. As an influential beekeeper and author, his assertion that drones are male and workers female, was quickly accepted. 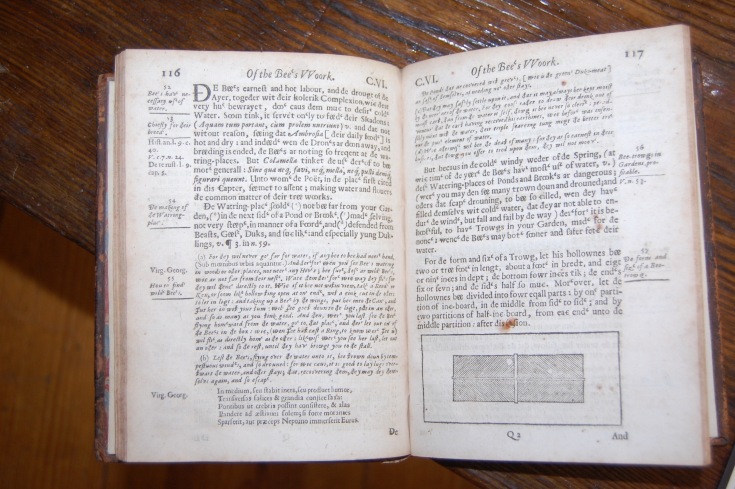 While Butler humbly discusses the world of bees he expounds on statecraft,natural history, biology, music,spelling,gender roles. The title expresses Butler’s main idea that the colony is governed, not by a king-bee, as Aristotle claimed, but by a queen-bee. The last edition written by Butler contains ten chapters, including sections regarding bee gardens, hive-making materials, swarm catching, enemies of bees, feeding bees, and the benefits of bees to fruit (pollination). The book gives an excellent account of skep beekeeping, including methods of predicting – from tone pitch of the buzzing bees – when swarming might occur. Butler even transliterated the tones and included them on a musical score in the book. He further suggested that musicians may trace the roots of music back to the sounds of the hive.

Oh and yes I almost forgot…there is also a rather eccentric inclusion of a madrigal for four people imitating the sounds of bees at swarming time. 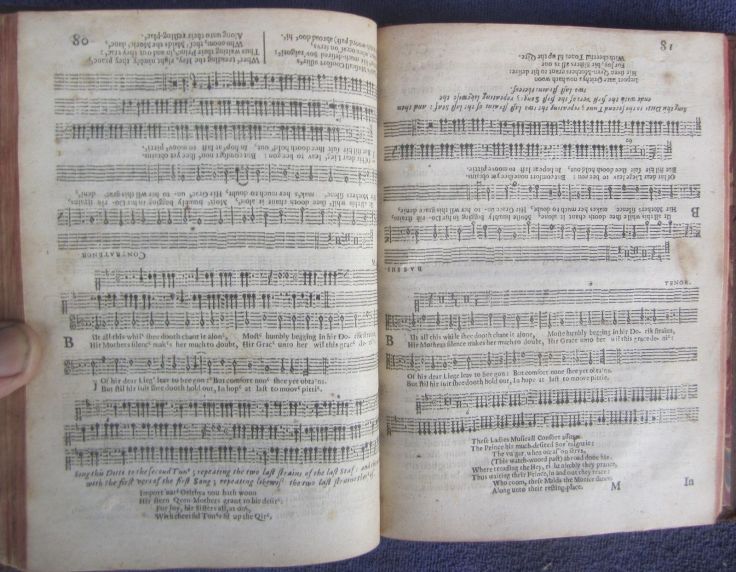